Since Apple launched their music streaming service, not even a year ago, they have managed to amass more than 11 million subscribers.

Two of Apple’s senior vice presidents, Eddy Cue and Craig Federighi recently discussed Apple Music on John Gruber’s podcast ‘The Talk Show‘. During the hour-long show the two talked on their various products and services but most notable was the mention of Apple Music’s latest subscriber count.

It was only announced a month ago that the music streaming service had gained over 10 million users signed up. With the new figures of over 11 million that’s a rough 10% increase in 4 weeks which shows phenomenal growth for the fresh-faced streaming service. Although Apple arrived late to the game, releasing years after industry leaders Spotify and Pandora, they are quickly cementing their presence as one of the major players in music streaming. After all it took Apple only 7 months to amass a subscriber-base that took Spotify 6 years.

Although some have argued that Apple Music came too late or that the app was too broken (various technical issues held it back at launch) the service showed an impressive 54.5 million users in 2015 – numbers that shadow over Spotify, even if they were mostly free trials. In fairness to other streamers – Apple Music does have a global, multi-billion dollar company behind it. 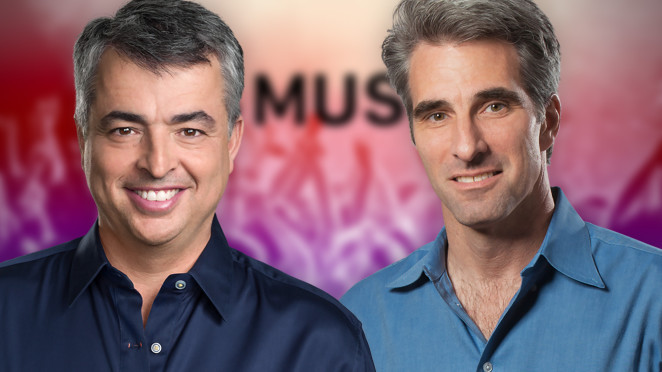 The good news for Apple extends beyond Apple Music as the pair revealed that there are a billion apple devices in active use as well as 782 million iCloud users, iCloud allows sharing between Apple devices. You can hear the full podcast where Cue and Federighi discuss Apple in-depth and personally at John Gruber’s site Daring Fireball.