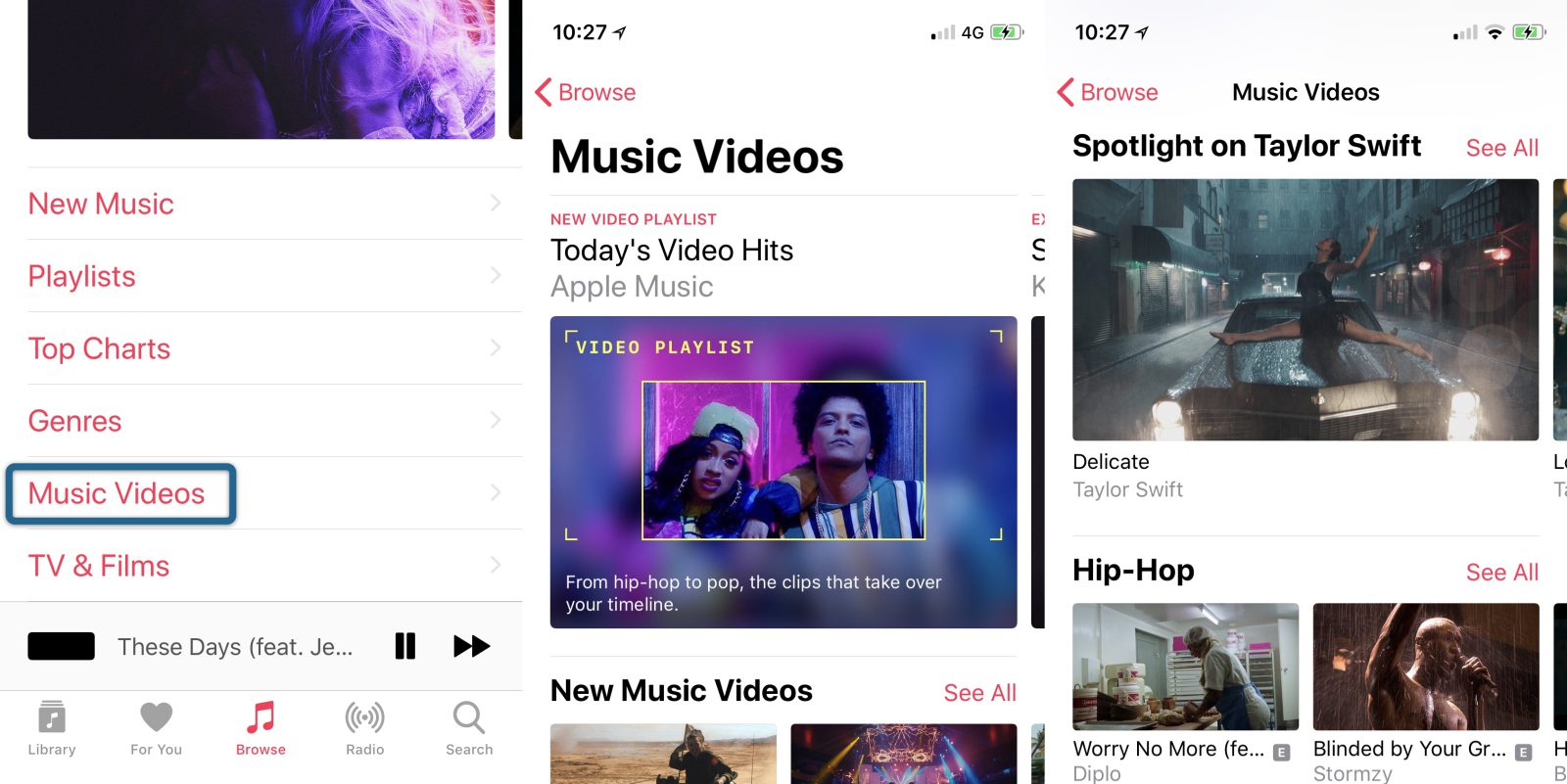 Apple have added music videos into their music streaming service, something Spotify have missed out on for years.

Not only will this bolster their service but Apple seem to have plans to make it a fully fledged feature, with exclusive videos saying they have “one of the most extensive music-video catalogues available”. They haven’t said how many music videos they do have but it’s likely not as extensive as the two biggest music video platforms currently online: YouTube and Vevo.

Apple are introducing music videos into their music streaming service as YouTube move towards creating a fully fledged music platform to rectify the low stream royalties from music on their platform. Facebook have also been building their wildly popular video streaming and have recently signed deals with the major record labels as well as a bunch of independent music rights management agencies.