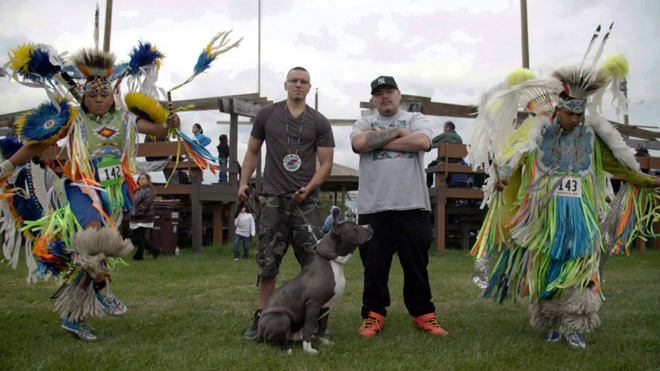 Apple Music join Vice for their next docu-series on local music scenes around the globe.

Modern media network Vice have gained prominence for their in-depth and “real” documentaries on cultures, issues and arts around the globe. Now they’re teaming up with Apple’s new streaming service Apple Music for a series of documentaries focussing on music scenes unique to a certain area.

The series, called ‘The Score’, features 6 episodes from around the world with South African techno and Native American hip-hop. The first episode will explore the Native American’s of Red Lake Reservation in Minnesota whose raps are inspired by their ancestry of the Ojibwa people. These videos don’t come alone either, each episode will feature a playlist on Apple Music so you can truly explore the music of the cultures featured in the series.

The episodes will stream exclusively on Apple Music for it’s 11 million subscribers, and to tempt anyone not in that crowd. This isn’t unheard of for Apple Music however who have been releasing a host of exclusive video content since it’s launch last June. So far exclusives have featured Drake’s hit music video to Hotline Bling, a documentary on Taylor Swift and even a weekly show with DJ Khaled. It has even been announced that Apple Music are making a “dark drama” series with legendary rapper/producer/businessman Dr. Dre called Vital Signs.

You can stream the first episode of The Score on Apple Music now where Vice “delve into Minnesota’s Native American hip hop scene, where members of the Ojibwe tribe are fusing stories of struggle and indigenous consciousness to create a unique sound and a wholly modern native identity”.

You can watch a trailer for Reservation Rap here.