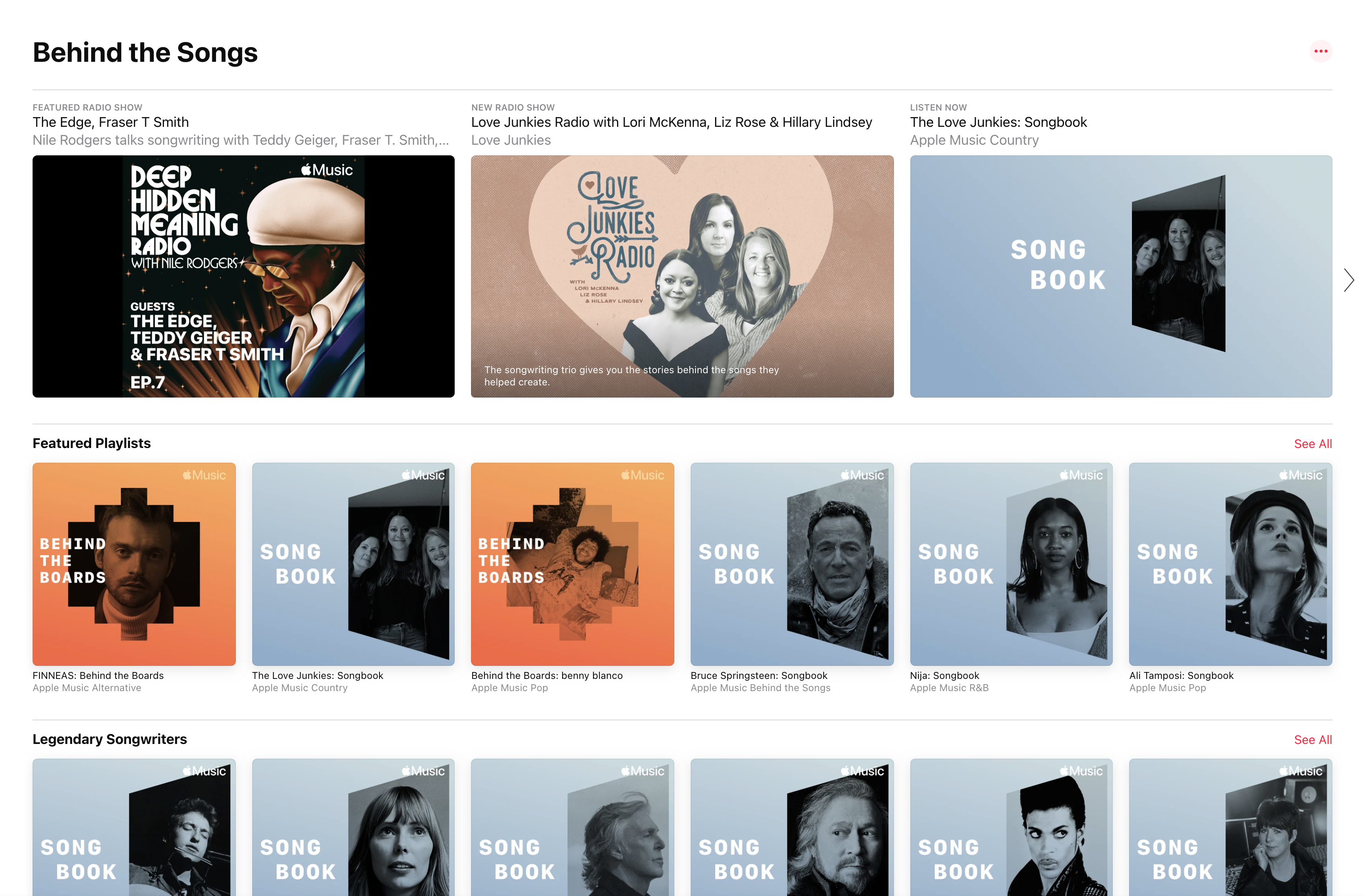 Launching last Friday, Apple Music’s new Behind the Songs section shines a light on all of the promient songwriters you may have never heard of, plus top artists you may not have realised also write. Listen to radio shows such as Deep Hidden Meaning Radio with Nile Rodgers or playlists series such as Song Book, Behind the Boards promoting producers and On the Session dedicated to session musicians. You’ll also find video series and documentaries such as Lyrics to Live By, The Stories Behind the Songs and Beat x Beat, featuring artists such as Dua Lipa, Omar Apollo, Lizzo, Sam Smith and Bastille.

Behind the Songs hopes to help listeners find the songwriters responsible for their favourite song. It will also act as the centrepiece for The Ivors Academy award show for Britsh songwriters and composers, that’s sponsored by Apple Music.

Find the hub by search ‘Behind the Songs’ on Apple Music, or click here.

Spotify have also recently been helping drive more recognition to songwriters, with their Songwriters Hub launched in December last year, as well as their brand new site Noteable.