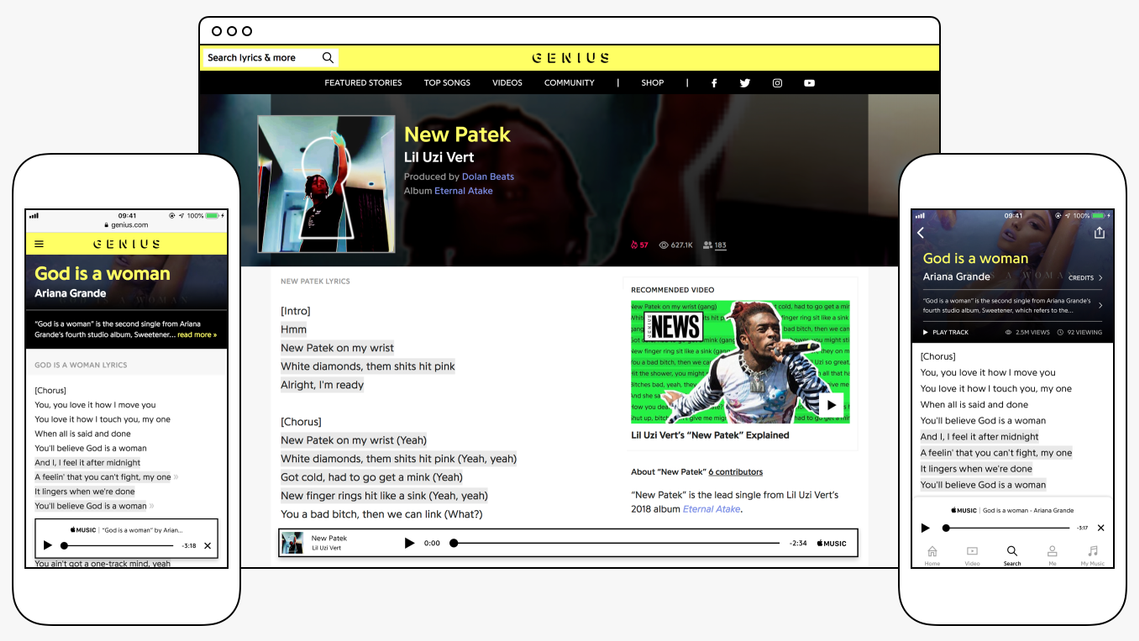 Apple Music have won over music lyric and meanings site Genius to become their official music streaming partner over Spotify and others.

Genius, formerly Rap Genius, is a massive lyrics database that takes a deep dive into the meanings behind lyrics and annotates stories behind songs and albums. A new partnership deal with Apple Music sees Genius become the official lyrics provider for Apple Music offering up lyrics and annotations for supported songs as you listen.

The partnership will also make songs streamable in full from the Genius website via Apple Music. Genius.com users can now sign in to their Apple Music account to gain access to the music player when browsing songs and reading lyrics. Apple Music streaming also works from the Genius iOS app. The player won’t work for every song on the site but most of the songs that are both on Apple Music and Genius should be playable.

Chief strategy officer at Genius, Ben Gross said of the partnership: “Being able to read lyrics and annotations on Genius while you listen along on Apple Music is a dream Genius experience. We’re proud to make Apple Music our official music player, and we’re doubly excited to bring Genius lyrics to their amazing platform.

2 years ago the lyrics site partnered with Spotify to provide lyrics and annotations to the top songs on the music streaming service. Though Apple Music is now the official streaming partner for Genius it doesn’t look like it will conflict with their existing partnerships. Spotify have two Genius based playlists created as part of the partnership, both were Behind the Lyrics – one for hip-hop and another for general hits. Apple Music will likely follow suit with similar playlists soon.