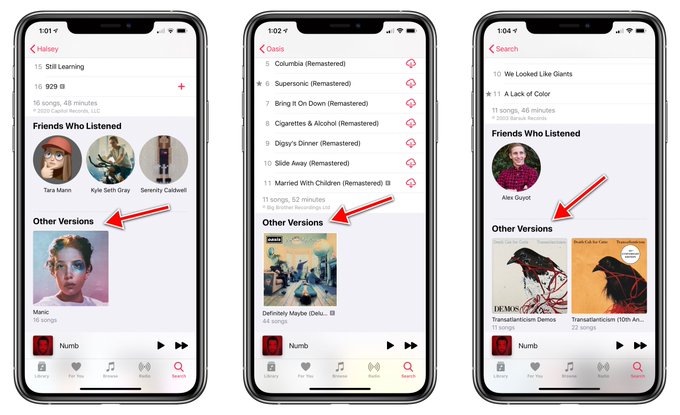 Extended albums, Deluxe Editions, demo tapes and other versions of the same album can all be found on the album page now.

Apple Music have updated their album pages with a very welcome addition. No longer will you have to trawl through artist pages to find each version of an album as you can just select the album and scroll down.

A new section underneath the track listing on an album page shows ‘Other Versions’ which lists all of the different versions of that album. That includes remastered versions, demos, extended albums, remixes and more so that you can easily find the version you want to listen to.

It also neatens up the whole streaming experience, especially when there are loads of versions of the same album like many classic albums. Alternate versions of albums will now be hidden on artist’s pages and only visible in the actual album page.

The feature is a relic of the now defunct Beats Music service from Beats by Dre which is owned by Apple. It doesn’t seem to have taken effect on all alternate versions of albums but that could be because it’s a new feature and they will consolidate it more over time.