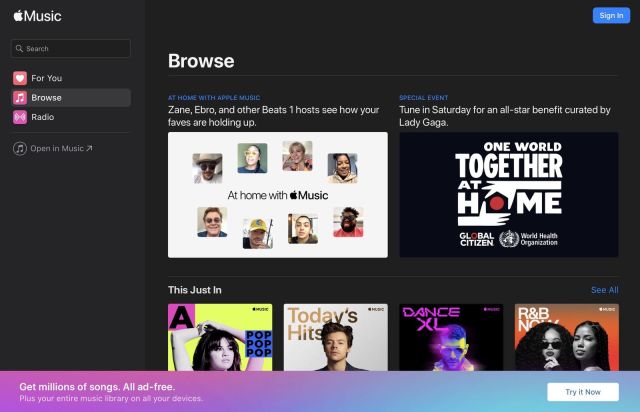 Apple Music’s in-browser app is finally out of beta so you can listen on Windows 10, Linux, and Chrome OS.

Apple Music launched a web player last year that allowed subscribers to use the streaming service on desktop computers without having to download the oft-criticised iTunes app.

Now it’s out of beta and Apple Music can officially be played in web browsers from music.apple.com. The web player features everything you’d expect with For You, Browse, and Radio sections splitting up your streaming library and discovery.

It features Apple Music’s full library of music and their many curated playlists including personalised selections based on listener’s streaming history.

The new web player is part of Apple’s slow move to split up the different offerings of iTunes into separate and distinguished apps and platforms.