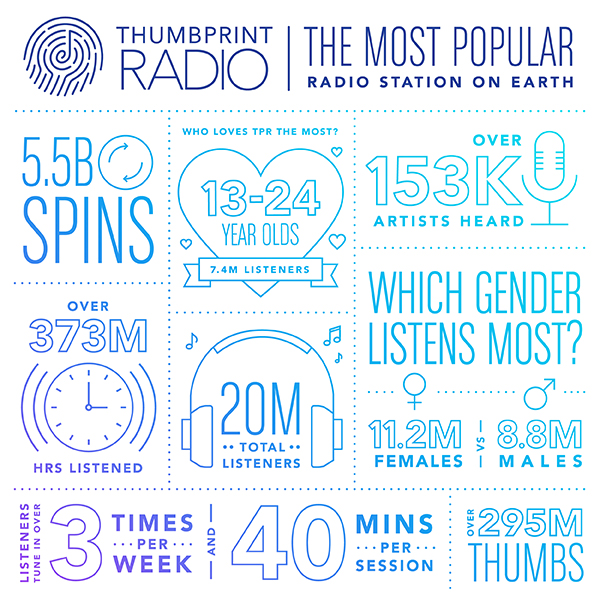 Following the launch of their new subscription service Pandora reveal that their Thumbprint Radio offering is now “the most popular radio station on earth”.

Thumbprint Radio was a personalised stream of music launched by Pandora last December. Since then the feature has blown up, garnering 20 million unique listeners that have streamed tracks over 5.5 billion times.

Pandora are reaffirming their spot as another powerhouse in music streaming, confirmed by the success of Thumbprint Radio which is generating roughly 611 million streams a month compared to Discover Weekly’s around 500 million monthly streams.

Pandora describes Thumbprint Radio as an “ultra personalized station [that] compiles all your thumbing history and guides you through your entire musical profile, while also weaving in some new music along the way”. Just like Discover Weekly, Thumbprint Radio frequently updates it’s offerings depending on your listening habits and tastes.