Pandora is a music startup that he been getting a lot of great reviews of late. Pandora will reach profitability in 2010 according to founder Tim Westergren. Revenue is expected to double  this year to $40 million thanks to targeted ads delivered to 27 million registered users which are growing at the rate of 50,000 to 60,000.

With the iPhone app release for Pandora they have been seeing a third of their growth come in this area. “It’s changed the perception people have of what Internet radio is, from computer-radio to radio, because you can take the iPhone and just plug it into your car, or take it to the gym.”

The yesterday Pandora also announced their new Pandora One service, which is just Pandora a few added features and of course no ads. Pandora One is a subscription based service in which is only $36 a year. Additionally with Pandora One they have released a desktop application which includes high quality streaming, a personalized look, a mini player and extended player timeouts 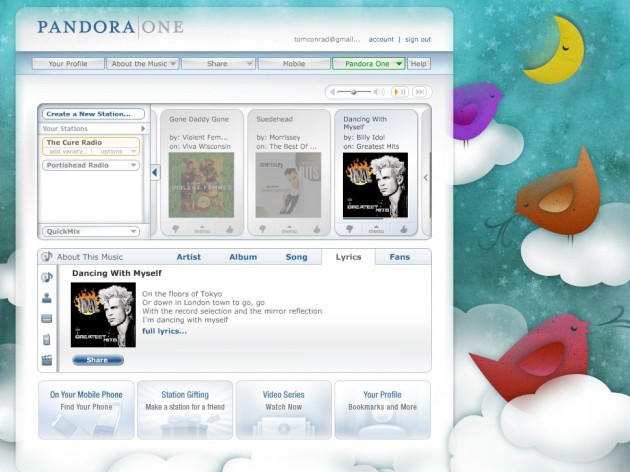