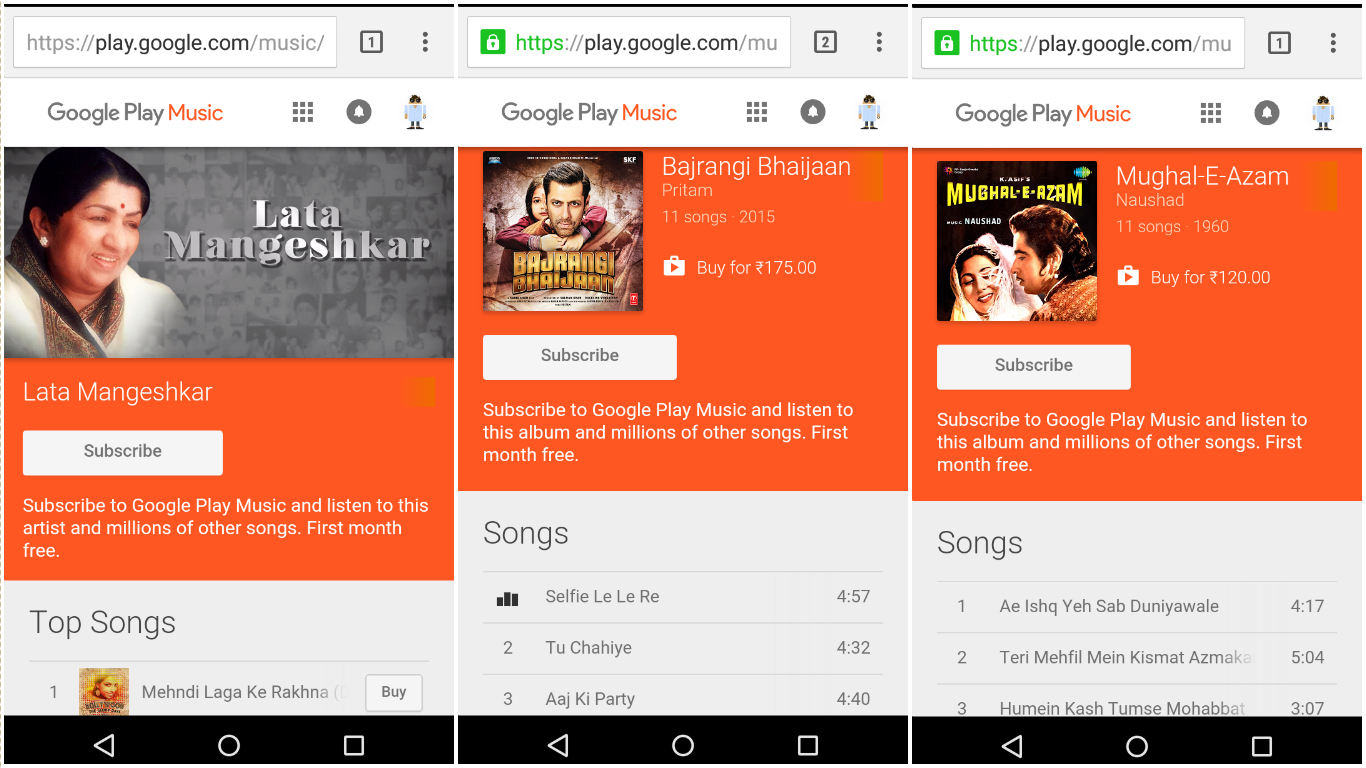 After months of uncertainty Google Play have launched their music store in India ahead of the worlds leading streaming service Spotify.

Google Play were rumoured to be launching their music store in India imminently, after a Reddit user in India was able to access the Indian store pages in July. Though Google never denied or confirmed the rumour the ambiguity is gone now as Indian users can now buy and play music from Google’s Play Music.

The move to India was a slow one for Google Play, who have launched their music offerings in most countries since 2011. Google Play Music is currently offering charts of popular music, new releases, and a bunch of categories such as “Best of Bollywood” and “International Music”.

Currently some aspects of Google Play’s usual music store are restricted. For example in India you currently can not access radio, Play Music All Access for unlimited streaming, podcasts, family plans or their renowned genre and context specific playlist/categories.

Strangely you can however access Google’s cloud storage which allows you to upload up to 50,000 songs for access anywhere on your Google Play account. As Google haven’t made an official announcement of their launch in India yet it could be that they’re still implementing some of the missing features, or that they’re coming soon.

Despite Google’s late arrival and Spotify’s current lack of presence in India music streaming is booming with Apple Music already raking in users. Meanwhile services from India like Saavn, Hungama, and Wynk are dominating the territory with their familiar services offering music to the country.