YouTube’s new music service fell flat when many people found it inaccessible after launching, but now it’s come to everyone and in 12 more countries.

YouTube launched their new music service late last month in 5 countries to little response as many found they couldn’t access it despite it launching where they were. YouTube have just announced a full launch in 17 countries, including the original 5, for YouTube Music and their new subscription for the video side of things, YouTube Premium.

YouTube Music essentially creates a music streaming service out of the plethora of music content on YouTube. Including music videos, album uploads, lyric videos, covers, live videos and more. You can use it with ads as usual or pay a subscription to gain access to ad-free listening, music in the background on devices, and downloads for offline play.

Their former subscription service for their whole video site, YouTube Red, is also being retired and replaced by YouTube Premium in the countries where Music has launched that had Red. YouTube Premium offers the same benefits of Music except for all of their non-music videos as well as exclusive, original content. 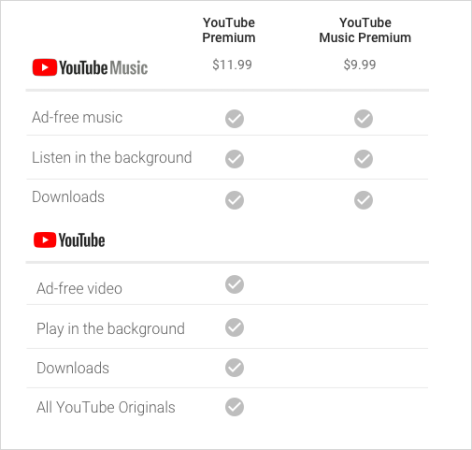 Get the new YouTube Music from the Play Store and App Store today or check out the brand new web player at music.youtube.com. You can sign up for YouTube Premium at youtube.com/premium.