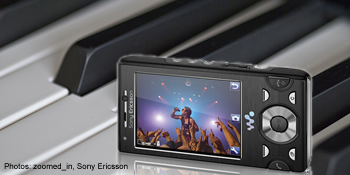 There is a lot of talk this morning about Sony planning to launch a new music and video subscription service based around its Playstation 3 console. However, the Financial Times reports that the service will also have a presence on Walkman music players, Sony Ericsson mobile handsets, Vaio computers, Bravia TVs and Sony Blu-ray players. Additionally, it claims that the service will launch next year.

In separate news, the Wall Street Journal claims that Amazon is working on its own subscription service, albeit focused initially on TV shows and movies rather than music. The WSJ reports that Amazon is pitching the web-based service to NBC Universal, Time Warner, News Corporation and Viacom among other media owners. Its webby nature would mean Amazon’s service would also be accessible through connected TVs, Blu-ray players and games consoles.