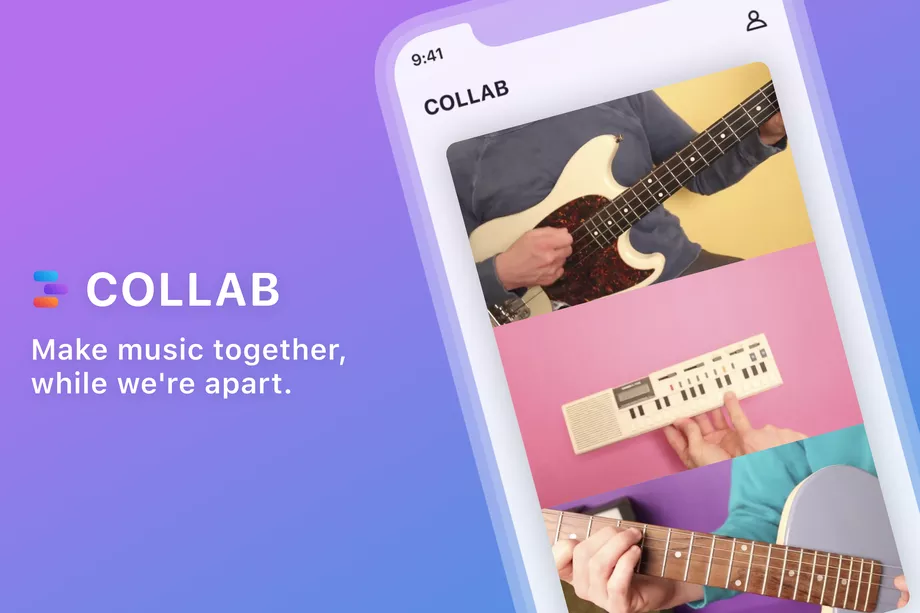 Collab is a brand new app for making music with friends and others from a distance so that social distancing doesn’t mean a hold on creativity.

Now that we’ve all been apart for a while most of us are missing the company of others and something we’re missing most is playing and making music together with people. Thankfully Facebook, probably the world’s leader in keeping people connected around the world, have a new app for music makers.

‘Collab’ allows its users to stitch together 3 videos with a focus on music. For example you can record a guitar track and then add it to vocals or a keyboard line. With a focus on community any clips you record can be used by others to make their video and vice-versa you can explore what others have made.

There is no remix potential, just building on the blocks of others. So if you like something a person has recorded you can add to it but you can’t edit it in any way. They will credit everyone involved who has had their videos used so that any viewers can find the other creators easily.

It seems to have bit of TikTok inspiration to it in getting people together creating and sharing videos but with a focus on being creative and musical. It’s currently available on an invite-only basis as one of Facebook’s experimental apps which they launch to gauge the response and test the market.

This means there’s no guarantee of a wider launch or that it will become an official app but the concept seems to work. I can picture it being very popular with Facebook’s huge userbase there to present it to and the potential of viral music apps at the moment.

It’s a great that idea that comes at an ideal time. I can see a lot of people picking up on this if it’s launched more widely but we will have to see what the techies at Facebook have to say now it’s available in a sort-of beta run.