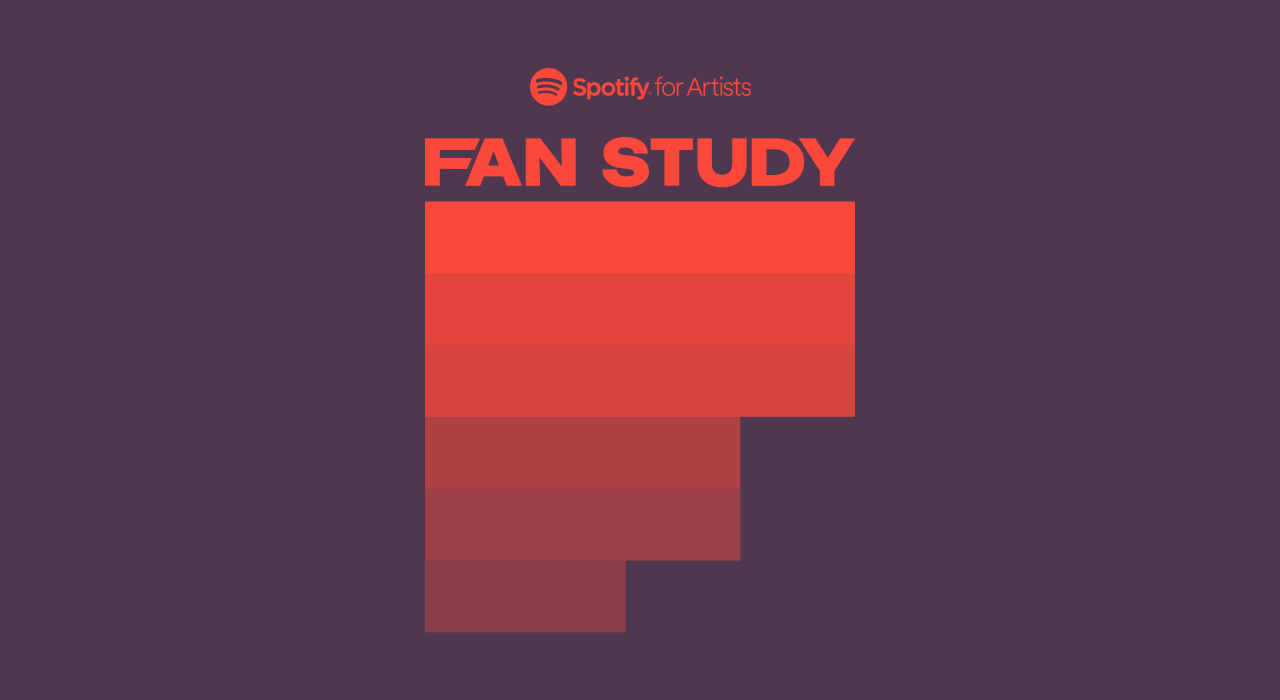 By analyzing data across Spotify, Fan Study shows creators how fans around the world listen to and discover music online.

Last week, Spotify for Artists launched Fan Study, a new interactive website with 15 key insights to help artists and teams inform their next release, connect with fans and grow their presence online. This is vital information for independent artists, managers, marketers and label execs. Each insight is paired with a specific action you can apply to your next release. The data points are organised into four categoried Reach, Engagement, Release and Merch.

Being an independent artist doesn’t mean confining your music to your hometown. With the advent of music streaming, fans can crop up anywhere in the world. Thanks to Spotify for Artists, you can easily see where your fans are located in the world. This information can inform your social posts, targeted advertising or next big gig.

2. Lines between genres continue to blur.

Spotify mentions that 53% of metal fans also follow Hip Hop artists. Spotify now allows artists to tag new tracks with multiple genres. Tagging on Spotify is crucial to getting your tracks playlisted. Spotify playlists are one of the best ways to introduce your new track to a whole new audience without spending a penny on advertising.

The idea of regional genres is fading away. With the world’s music in the hands of everyone, music is more global than ever. “For example, over 80% of K-Pop, South African House, German Techno and Reggae listens happen outside of their home country.” Spotify point to their video detailing how to use Spotify data for digital campaigns. The video details the importance of understanding and using the data Spotify for Artists supplies, such as seeing who and where your audience are to inform social posts and target ad campaigns, as well as the advantages of Spotify’s Ad Studio.

4. Fans are coming into Spotify in new ways.

Spotify says, in one month, Discord sent over 800k listeners to Spotify who went on to listen to nearly 9 million tracks in just 14 days. Develop a presence across established and emerging platforms, for example Facebook as they make listening to Spotify tracks on the platform seamless.

5. A fan that saves your track will listen to it 3x more.

When listeners save your music, it shows a strong intent to relisten. This can happen way down the line, for example Spotify says 6 months after saving, a user typically streams you 3x more than before they saved you. According to Spotify, Marquee campaigns increase the likelihood of saves by up to 3x.

6. User playlists lead to a lot more than streams.

Spotify says on average, after listeners add you to a personal playlist, they’ll listen to you 41% more and look at your profile 12% more often. 60% of all merch purchased from Spotify profiles, come from listeners who have playlisted at least one of your tracks. Running a Marquee also makes users twice as likely to playlist you.

On average, your top 5% of fans listen 6x more than the rest. Connect with your biggest fans and chase new listeners. Spotify point towards their new Music + Talk feature, that combines music with storytelling.

8. Update your profile before your release to ride the wave.

The day that your new track is released typically sees a huge spike to your Spotify artist profile. More than 50% of artists don’t capitalize on this by updating their profiles. Head to Spotify for Artists to customize your artist profile.

9. Don’t stop sharing after your release comes out.

10. New releases give your other music a bump.

Catalog streams typically get a 15-20% lift on release day. Use release week to attract an audience to your new and old songs. See Spotify’s tips for preparing a new release.

11. A release is never finished.

Bring life to older tracks. On average adding or updating a Canvas on your track will increase shares by 10.7%. Spotify opened Canvas to all artists last year. Spotify teamed up with SoundBetter to help artists connect with designers.

12. Your genre may hold the secret to more merch sales.

Merch preferences vary by genre. Spotify mentions that Electronic music and Country music sell the most hats for example. Make sure your merch stock is full of whatever you’re selling the most.

13. You don’t have to be a superstar to be super good at selling merch.

Spotify says many up-and-coming artists outsell some of the biggest names in music. Merchandise can be a great source of revenue, especially as live shows around the world are cancelled.

Target your merchandise and physical record sales to the people who are buying them the most, or better yet, give fans exclusive merch and geo-targeted experiences based on their location.

If your music originally came out on vinyl you’re much less likely to sell it today. No one sells more LPs than artists from the 2000s. Inform yourself on your listeners demographics like age to help you stock the right merch.

Our partners at Push.fm help thousands of artists target social campaigns, thanks to their free tools, such as Fan Links, Pre-save and Content Unlocks.