Today Shazam are launching their new ‘for Brands’ initiative to appear on everything you buy… well not quite everything.

Shazam have made their name, and business, naming songs for people who Shazam them. With it’s massive fingerprinting library Shazam can recognise almost any song you play to their app. In recent years Shazam have been branching beyond their roots with QR scanning and partnerships with companies, movies, artists and others to provide unique marketing experiences.

Shazam are now taking that to the next level with ‘Shazam for Brands‘, an initiative that lets companies partner with Shazam for unique digital experiences. So the same as before except on a bigger scale… Shazam’s unique style of digital marketing and massive platform of millions clearly appeals to many companies as they work with some of the biggest name brands in the world. 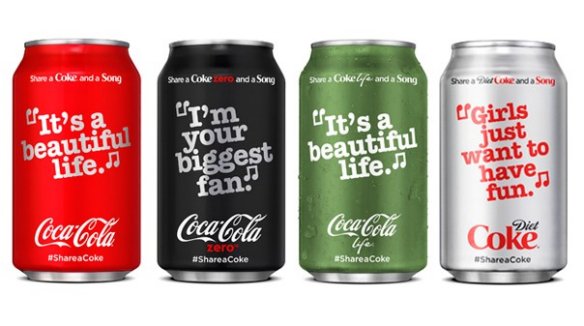 Earlier this month Shazam began by partnering with Coca Cola to create a new bottle design that users could visually Shazam the label to record a lip-synced video of the song on the bottle. This isn’t Shazam’s first partnership with Coca Cola either as they “ran the first-ever drinkable commercial in the U.S. during college basketball’s biggest event: the Final Four”.

Shazam have also partnered with loads of other brands like KFC, Coors, Nike and movies like Jurassic World and Ant-Man. This initiative will no doubt put Shazam in contact with loads more companies and brands with their plan assumably to be on every product in the world. To be honest if having a scannable digital advert on everything I buy is as close to dystopian as our future gets we haven’t done too badly.