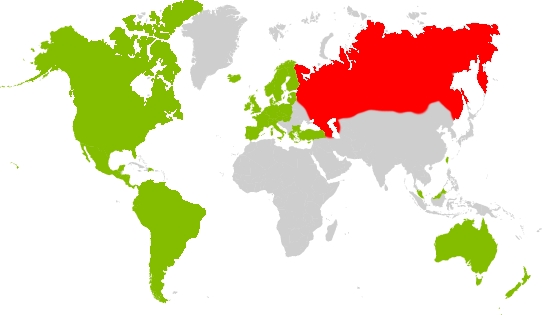 A Russian publication has revealed that Spotify might be looking to launch in Russia, after a failed attempt in 2014.

In 2014 Spotify began talking about launching their music streaming service in Russia, going so far as to set up an office there. Those plans fell through due to, what a source close to Spotify apparently told Moscow based newspaper Vedomosti, concerns over the “political and economic crisis in Russia”.

Now Vedomosti are reporting that Spotify are in the early stages of discussing a Russian launch, citing it is a “major market with a large growth potential”. There have been no official statements and a spokesperson for Spotify declined to comment however it’s a large market with lots of potential for Spotify, especially as competition mounts against them.

Apple Music have already entered the Russian market giving them the upper hand, with a reported user base of 400,000 in the country. A music label manager in Russia reportedly said to Vedomosti that Russian users aren’t used to paying for content, which could give Spotify the upper hand thanks to it’s freemium tier.

Russia has the 9th largest population in the world but is currently 59th in the world for digital music sales. According to PwC Russia’s digital music market grew by 11% in the past year to $30.4 million, showing the potential for music growth in Russia is already taking place and if Spotify want to take advantage of this early stage they need to act fast.

Spotify have been expanding to new territories since the begin of this year having launched in Indonesia with a Japan launch expected soon as well.