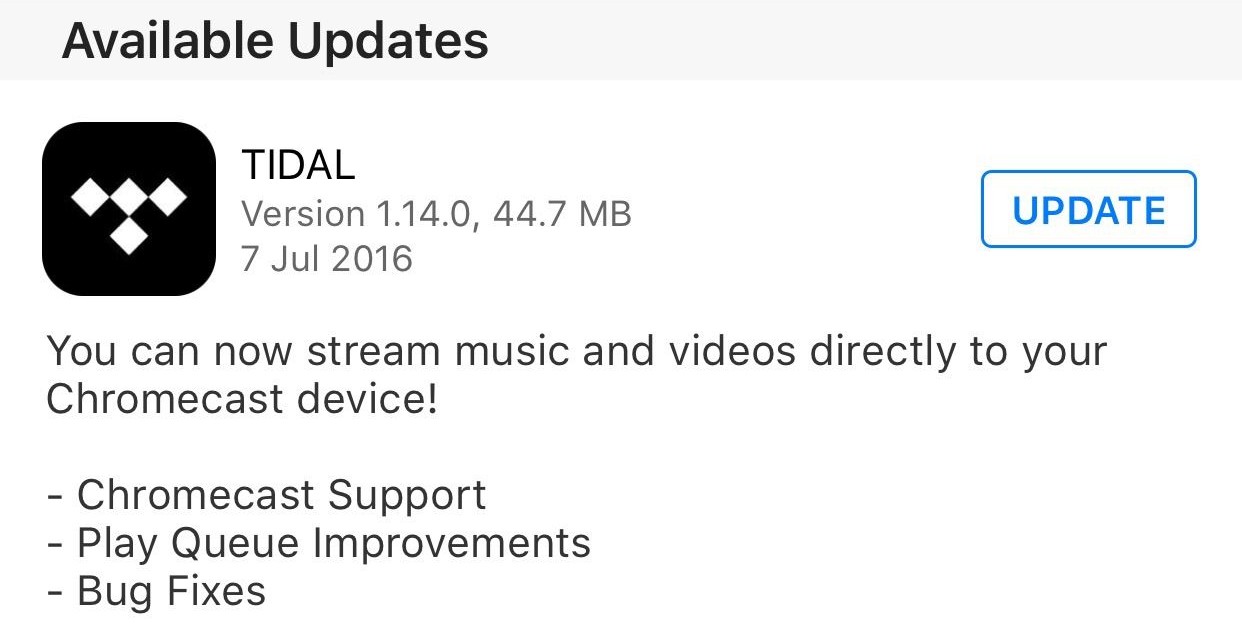 A new update for Tidal comes with a bunch of fixes and improvements to the Play Queue, but no-one cares about that – most importantly Tidal’s app now supports Chromecast!

With Google Cast you can stream Tidal to various supported speakers or devices like Google’s own Chromecast. Google Cast also allows you to stream to many Smart TVs though unfortunately the update seems to only add support for Google’s Chromecast devices.

Google have two versions of Chromecast; the Chromecast Audio which plugs into speakers and stereos via jack and optical cables, and the original Chromecast which is for video streaming via HDMI but supports many music streaming services.

The Jay Z owned streaming service prides itself on offering high fidelity audio with over 40 million songs and 130,000 high quality videos. The service has seen increased popularity lately thanks to exclusive albums from Beyonce, Kanye, Rihanna and others.