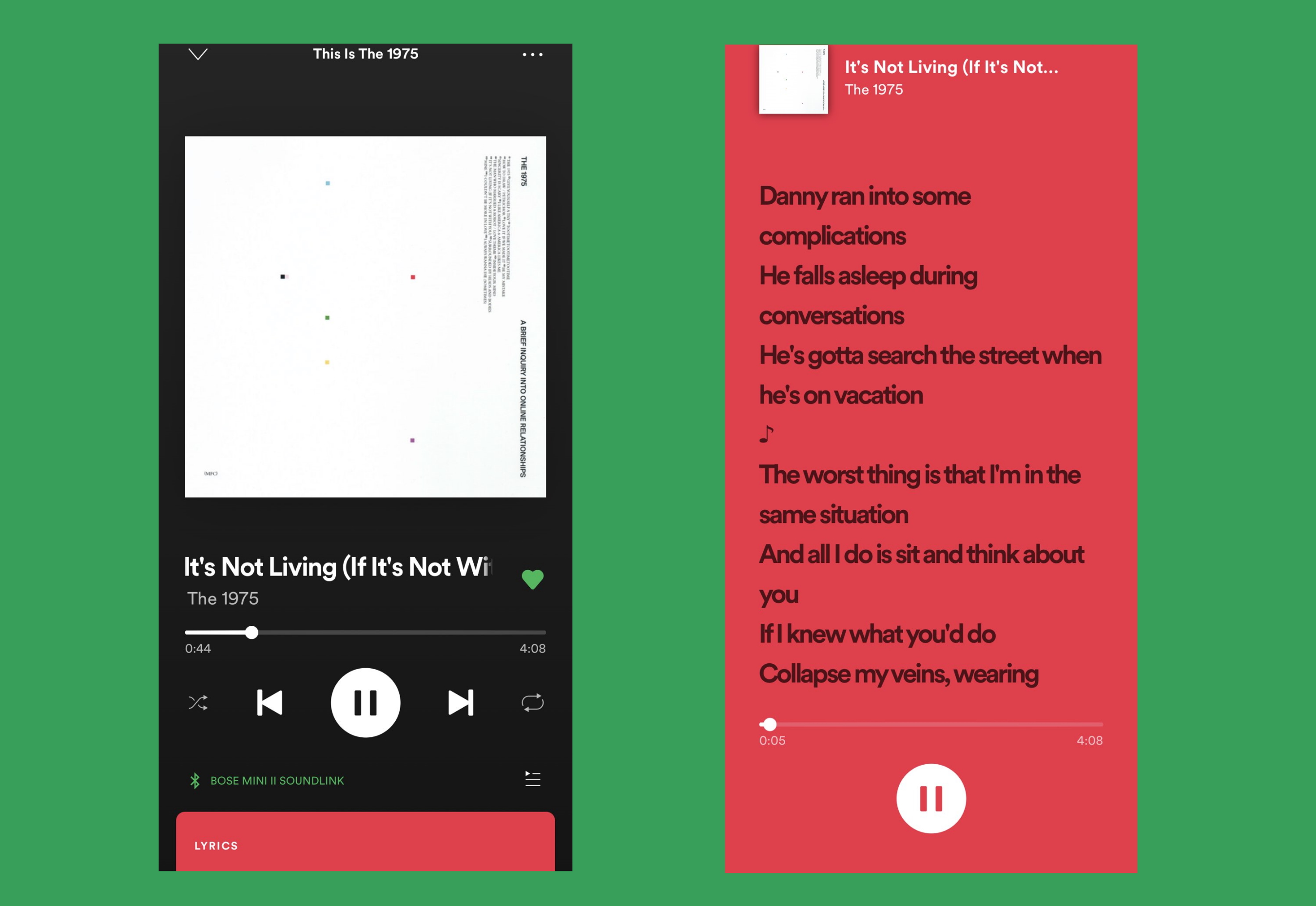 Following in the footsteps of Apple Music, Spotify are testing live lyrics that you can follow as the track plays.

People are reporting that their Spotify app has suddenly started showing lyrics that scroll in real-time to the track. It looks like Spotify are currently testing the feature in beta for select listeners.

It’s been a long time coming for Spotify to integrate song lyrics into their music streaming platform somehow. From the listeners who are showing lyrics on their Spotify app we can tell it’s Musixmatch that is providing them. Spotify partnered with Musixmatch before but parted ways in 2016.

Apple Music added lyrics to their songs at the start of 2017 and a year later teamed up with Genius to provide detailed lyrics which users could go further to look at the meanings and origins of the lyrics. Spotify were originally partnered with Genius for this as well but it’s not clear what happened, or when, to that partnership.

Spotify gave a typical, spokesperson response saying: “At Spotify, we routinely conduct a number of tests in an effort to improve our user experience. Some of those tests end up paving the way for our broader user experience and others serve only as important learning. We don’t have any further news to share at this time.”