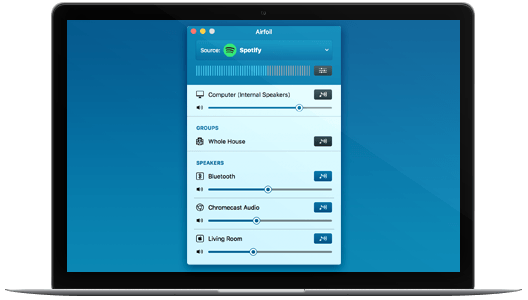 Apple’s new HomePod sounds pretty great but it’s not that diverse with what you connect to it, but this one app will let you stream anything.

The Apple HomePod has been praised for having amazing audio quality, but spending more than $400 on a speaker you want to be able to use it for more than music streaming. Well AirFoil is an app that lets you stream any audio you want from vinyl records to a film you’re watching.

Airfoil is an app for Windows and Mac computers that lets you stream any audio from your PC to thousands of devices like Apple TV, Bluetooth speakers, mobiles, even other computers, and of course WiFi speakers like Apple’s HomePod. This allows you to stream from any source, as long as you can play it’s audio through a computer. With an aux cord and/or a mixer suddenly your smart speakers are a whole lot more speakery.

For anyone um-ing and ah-ing over getting a smart speaker, especially one as expensive as Apple’s HomePods, this could solve a lot of peoples issues. The struggle with WiFi speakers at the moment is the divide between them and traditional stereo systems. Currently you need one for one listening experience (analogue) and the other for another (streaming) and it goes strangely un-acknowledged by manufacturers.

You can get a free trial of Airfoil or pay for a full version ($29) from developers Rogue Amoeba’s site: https://rogueamoeba.com/airfoil/windows/buy.php