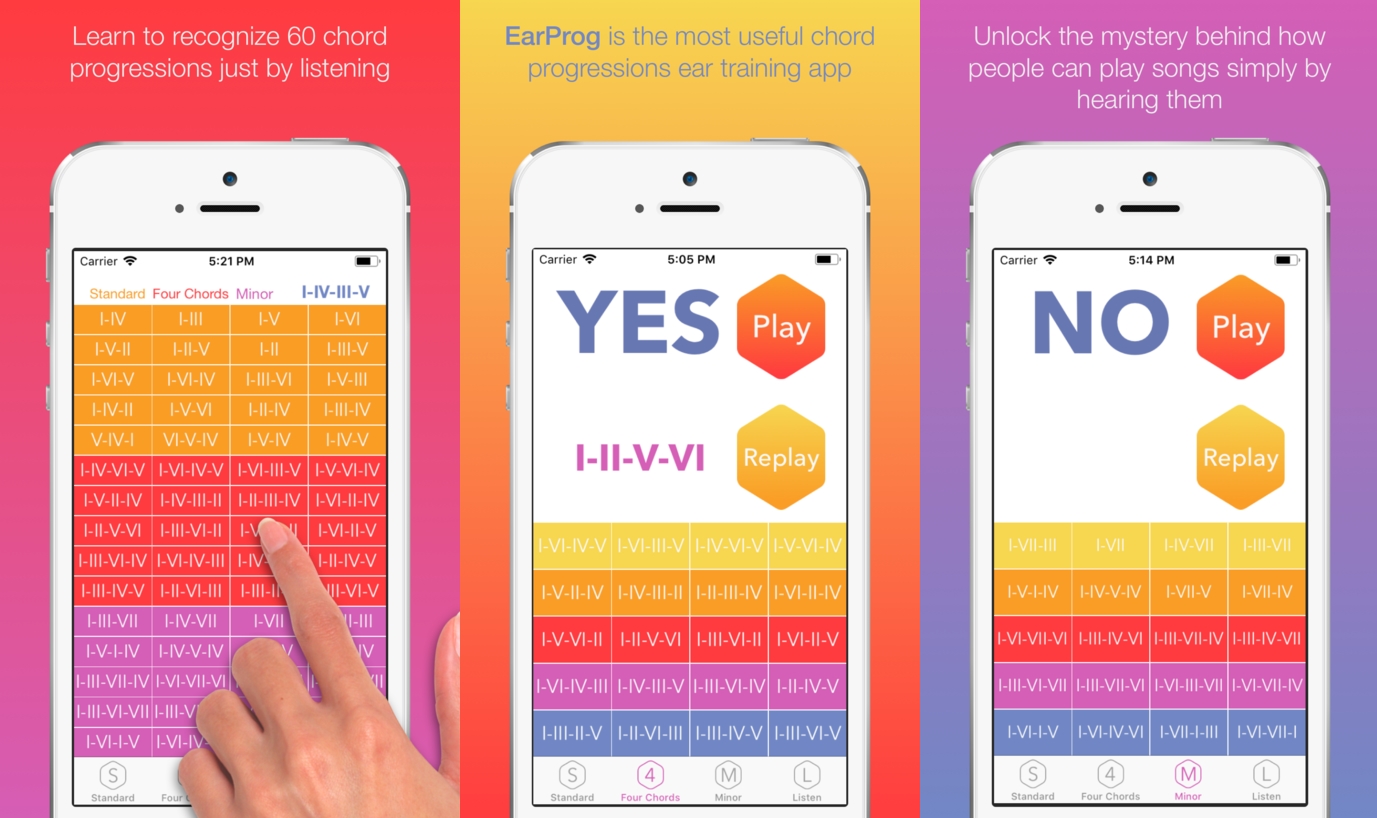 EarProg is the self-titled “ultimate ear training app” that unlocks new powers for music within you.

Some musicians disregard music theory and make it work, but anyone can benefit from enhancing their knowledge of how music works. EarProg is an app that teaches you the science behind chord progressions so that anything is possible at your musical fingertips.

It’s not like some musical apps which score you on your progress, which can often feel like a competition rather than a learning experience. The devs say: “Ear training is not a competition. That’s why no scoring is used in this app. Simply open the app and practice at your own pace, without pressure, for as long as you want. Mastering ear training is a gradual work. We’re musicians, not Superbowl players!!”