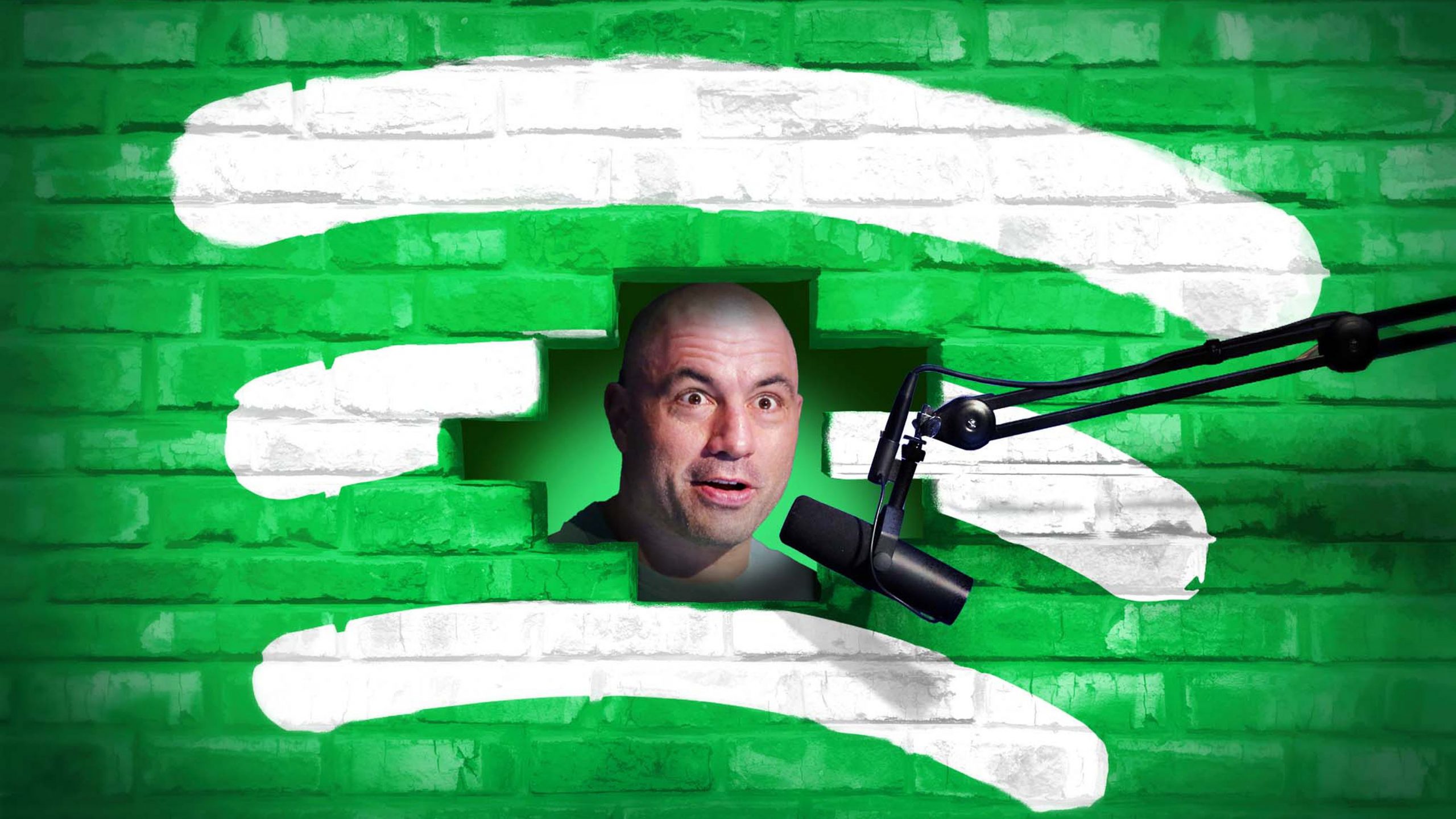 A new report from The Verge suggests that podcaster Joe Rogan may have lost impact and relevance since signing exclusively with Spotify.

A new data investigation from The Verge claims Joe Rogan “is losing influence”. The comedian turned podcasters currently hosts one of the most popular chat show podcasts in the world ‘The Joe Rogan Experience’. Hosting star guests such as Kanye West, Elon Musk, Bernie Sanders, Dave Chappelle and Miley Cyrus, the show claimed to reach more than 200 million monthly downloads in 2019. As Spotify attempted to grow its podcast platform, signing an exclusively deal in May 2020 was easily Spotify’s biggest move with a single show, costing an estimated $100 million.

After being on Spotify for less than a year, The Joe Rogan Experience is already the most streamed podcasts of the summer on Spotify. In Q4 2020’s earnings report to shareholders, Spotify wrote Rogan’s arrival “stimulated new user additions, activated first time podcast listeners, and driven favorable engagement trends, including vodcast consumption.” Continuing in Q1 2021’s report “The Joe Rogan Experience performed above expectations with respect to new user additions and engagement.

In the past year Rogan has sparked controversy, with Spotify receiving criticism for publishing and promoting his shows, such as discouraging younger people from taking the COVID vaccine and inviting conspiracy theorist Alex Jones as a guest. So far, Spotify have taken no official action against guests or comments made in new episodes, but were found to have removed over 40 episodes of older episodes. This move caused many to claim Spotify were halting free speech, after creative control was said to stay with Rogan and his team beyond the transfer to Spotify.

Unfortunately Spotify don’t share listening numbers with the public, so it’s impossible to know how many people are listening on the streaming service. In April, Digital Music News suggested that interest in the podcast may have dropped since the exclusive deal, after Google searches had dropped 40%. However as we stated back in April, a drop in Google searches does not necessarily indicate a drop in listeners or followers, especially after a publicly very busy 2020, with the transition causing a lot of press attention.

Rather than analysing Google Trends entirely, The Verge look at how much of a promotional boost Rogan gives his guests via analytics tool Social Blade. The Verge tracked the Twitter following of guests with less than 500,000 followers between December 2019 and July 2021. In the week after their episode, guests generally see a surge in new followers, with generally around 4,000 new Twitter followers. Since the move to Spotify, this number is calculated to be around half that at around 2,000.

The Verge admit that there could be several explanations for the dip beyond fans not tuning in due to Spotify’s exclusivity, such as people listening to fewer podcasts post-pandemic, a potential drop in Twitter users and no more full episodes on YouTube. A sizeable portion of Rogan’s audience was likely lost when he made the jump, with some listeners noting that Spotify isn’t available in their country. However losing some audience is to be expected from an exclusive deal. Many listeners simply don’t want to deal with listening to podcasts on various different platforms or transitioning entirely. For Rogan, is it worth losing half of his listeners in exchange for $100 million? Probably!

Spotify declined to comment to The Verge or offer any numbers on Rogan’s performance. Click here to see the full report.