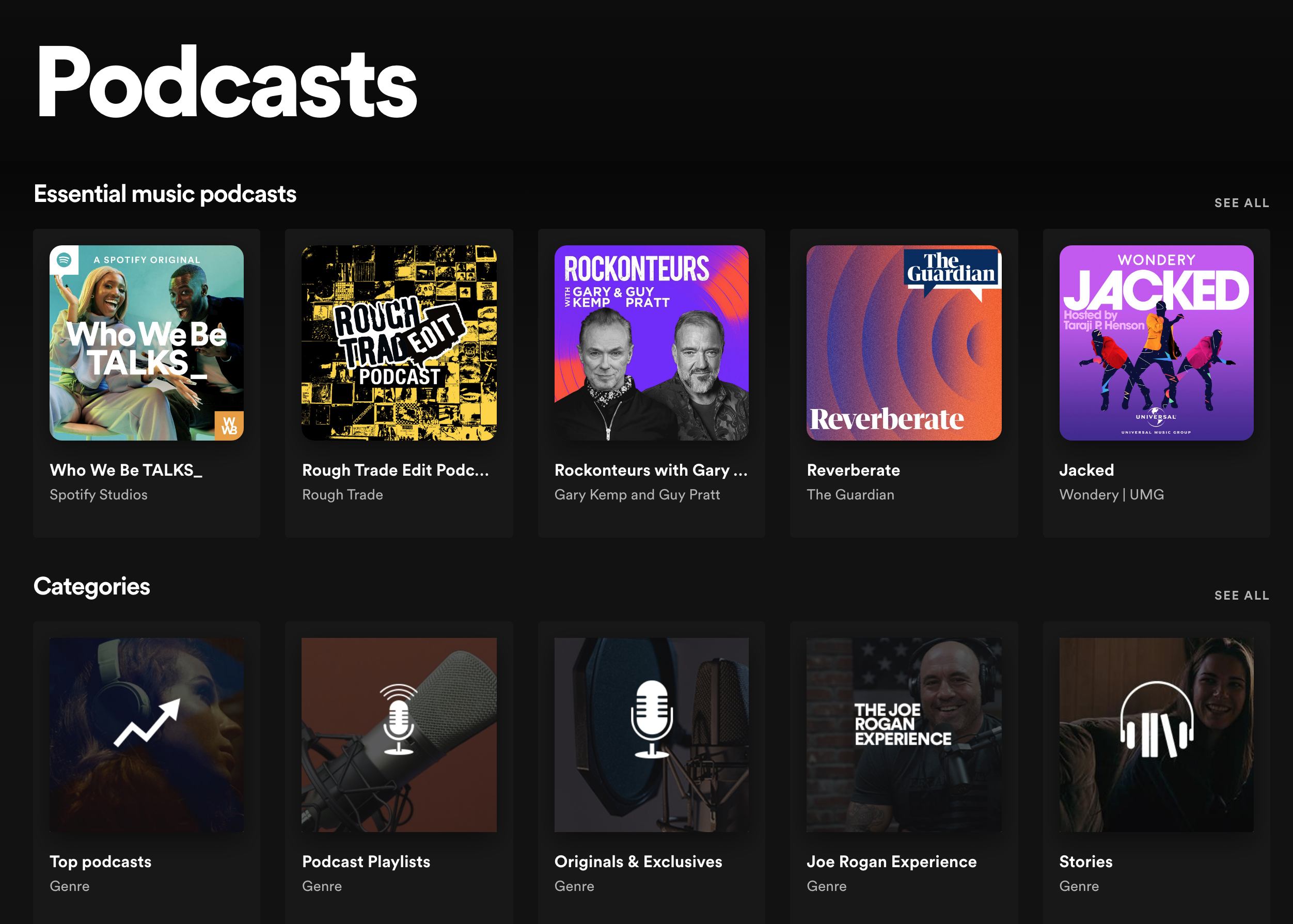 Thanks to the increased engagement from content investments and better ad tools, Spotify are making more money per user than a year ago. In a press release Spotify commented on the correlation of Spotify Podcasts and increased monthly users, “based on the behavior we see when users first join Spotify, we are confident that podcast usage has been a factor in the accelerated [monthly active user] net additions.”

The growth of Spotify’s podcast platform was helped by their huge investments into acquiring networks and exclusive shows from the likes of Michelle Obama, Kim Kardashian and Joe Rogan, in 2020 alone.

“As we look at that universe though, the primary thing that we’ve been focusing on as we got into this audio first strategy was we already had a massive user base on Spotify today. How can you turn them into podcast listeners? And extending our platform into becoming the de facto podcast player.”

“Obviously we do believe that Joe Rogan has contributed positively to user growth on the platform. We haven’t broken out how much of his usage has come from existing users or new users. But if you take a giant step back, part of the strategy when you bring someone like that on the platform is, it’s going to have a couple of different effects. One is to bring new people onto the platform, and another is to create a better experience for those already on the platform, whereby their retention increases or their churn (cancelled subscriptions) goes down.”

“The revenue against podcasting is growing very, very nicely as well, so we are seeing that. We’re not quite at the point yet where the revenue is outpacing the continued investment. We are very optimistic that over time we will get there. But as Daniel mentioned, we’re going to continue to invest and that investing has a compounding effect and a compounding benefit on the business.”

Spotify aren’t alone in investing in and ramping up podcast efforts, with Amazon Music for example acquiring Wondery for an estimated +$300 million, and Apple considering some sort of premium podcast subscription. Spotify CEO Daniel Ek commented on these reports, saying:

“I believe about three years ago, there were fewer than 30 people at Spotify that were actively producing content that ended up on our service in one way or the other. And that number now is, I would say certainly during ’21 will be closer to 1,000 people.”