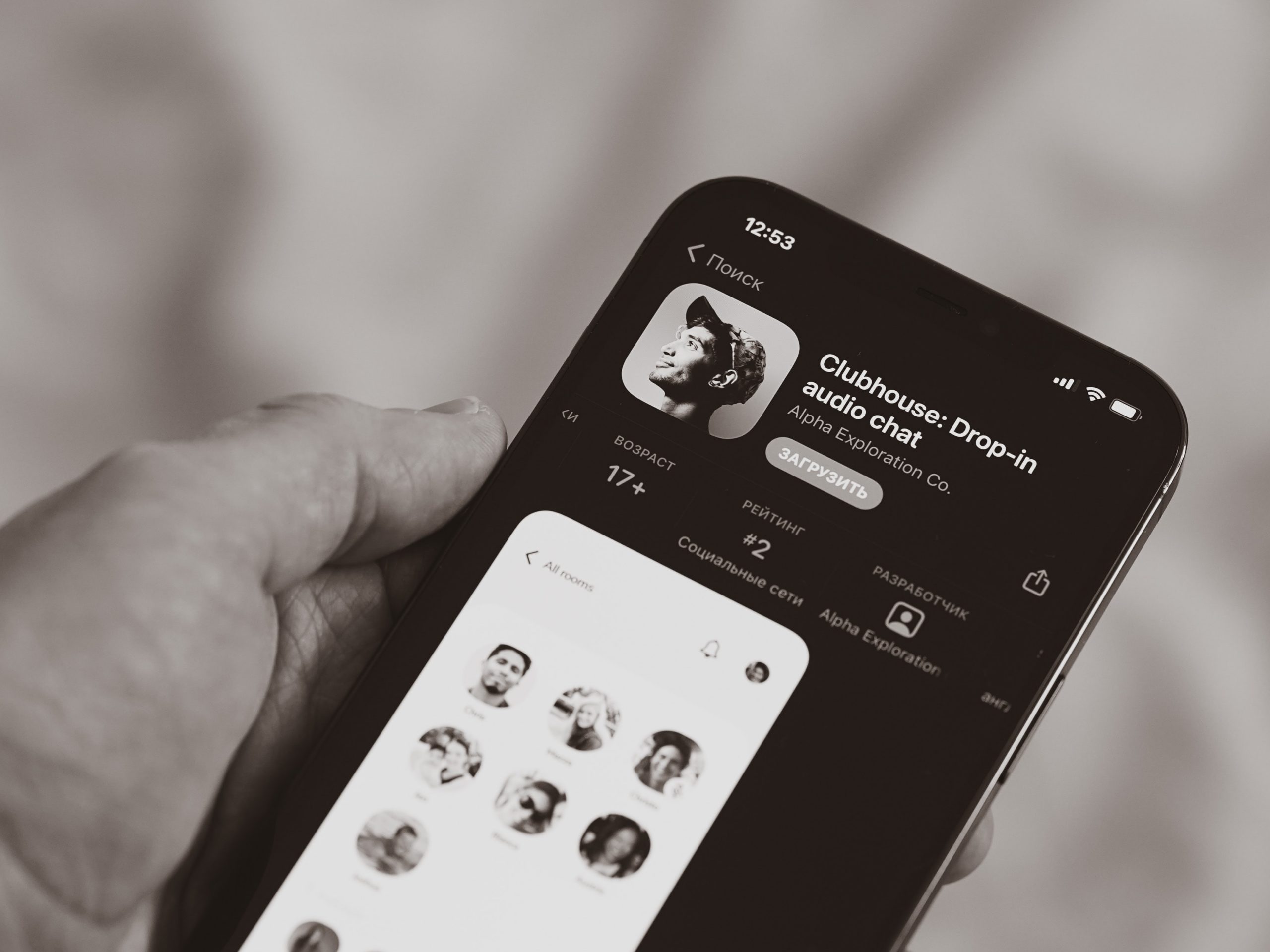 Audio-only app Clubhouse has seen downloads decline. Is Clubhouse over? And where does that leave the Clubhouse clones from other tech companies?

Has the Clubhouse bubble burst? Even as other tech companies hurry to copy the business model, downloads of the original app have tanked.

Clubhouse appeared in March last year – an invite-only audio app where users drop in and out of “Rooms” containing groups of speakers. Now, halfway through 2021, you can’t move for Clubhouse competitors. Spotify has Greenroom; Facebook launched Live Audio Rooms; Reddit has Talk. Twitter not only developed Spaces, but also just announced monetisation for creators within its new Ticketed Spaces feature.

Meanwhile the original source of all the hype, Clubhouse itself, is quietly shedding download figures. The addition of Android devices in May 2021 prompted an uptick in users, but that looks to be a damp squib. So, what’s the reason for the drop in interest?

What was behind the Clubhouse goldrush?

There’s a big reason why Clubhouse caught the attention of millions of people in the first place. Clubhouse rocketed in popularity during the pandemic. Worldwide, people weren’t leaving their homes, instead spending the majority of their time online. By December 2020 the new audio trend was all anyone in the tech business was talking about.

Much like the explosion of TikTok over the past year, Clubhouse rode the wave of internet trends that only require a smartphone to participate in. It didn’t matter that you couldn’t go outside. A hunger for human connection is what drove signups to Clubhouse – it offers an intimate space with no distractions to sit and communicate with other human beings, and even learn something.

Is Clubhouse overrated? The platform benefited from smart marketing. An invite-only structure lent the app exclusivity and its barebones design gave an air of mystery. At the beginning, celebrities like Elon Musk popped up unannounced.

But quickly, the novelty of Clubhouse began to wear off.

Why is Clubhouse not popular anymore?

Clubhouse envisioned its experience to be akin to wandering in and out of rooms at a house party, or stumbling upon a literary tent at a festival. Of course as the world opens up post-lockdown, everyone has less time to sit around waiting for someone to say something interesting on an app. We can go out to galleries and gigs to get a culture hit, and have conversations with real people face to face.

When you’re listening into a panel at a festival, you can turn to the person next to you and discuss what’s being said onstage. In real life, a poor internet connection won’t stall a conversation – and in-person facial cues and gestures prevent people talking incessantly over the top of one another.

So – is Clubhouse dead?

All might not be over for Clubhouse yet. The app is still valued at a reported $4 billion. Despite downloads falling from 9.2 million in February to 900,000 downloads in April, existing users are still making full use of the app. Clubhouse has made moves to innovate, introducing direct messaging, and opening up to Android. The platform is hinting at new features due to roll out soon.

Sign-ups are still in the exclusive invite-only stage. When – or if – Clubhouse opens up the app to the whole internet, there’s bound to be another rush of downloads. But there might be little need for people to sign up to yet another app now that established social platforms are offering the same thing, in a familiar and in most cases shinier package. Spotify’s Greenroom for example has recording capabilities, allowing for conversations to become podcasts, and seems a more natural fit for discussions about music.

These competitors seem to offer a more inclusive and engaging experience than the Silicon Valley tech-focus and business speak that dominates Clubhouse. For the music industry, it comes across as a place for music business professionals rather than for artists and fans. So far, its vibe is more business PowerPoint presentation than networking evening with free wine at a trendy bar. If that’s Clubhouse’s niche, it should either stick to it or develop something broader to hook a wider range of new users.

The platform’s initial stratospheric rise was never going to be sustainable. Now Clubhouse’s clones might find that the scramble to release their own versions has been a lot of panic for little reward.