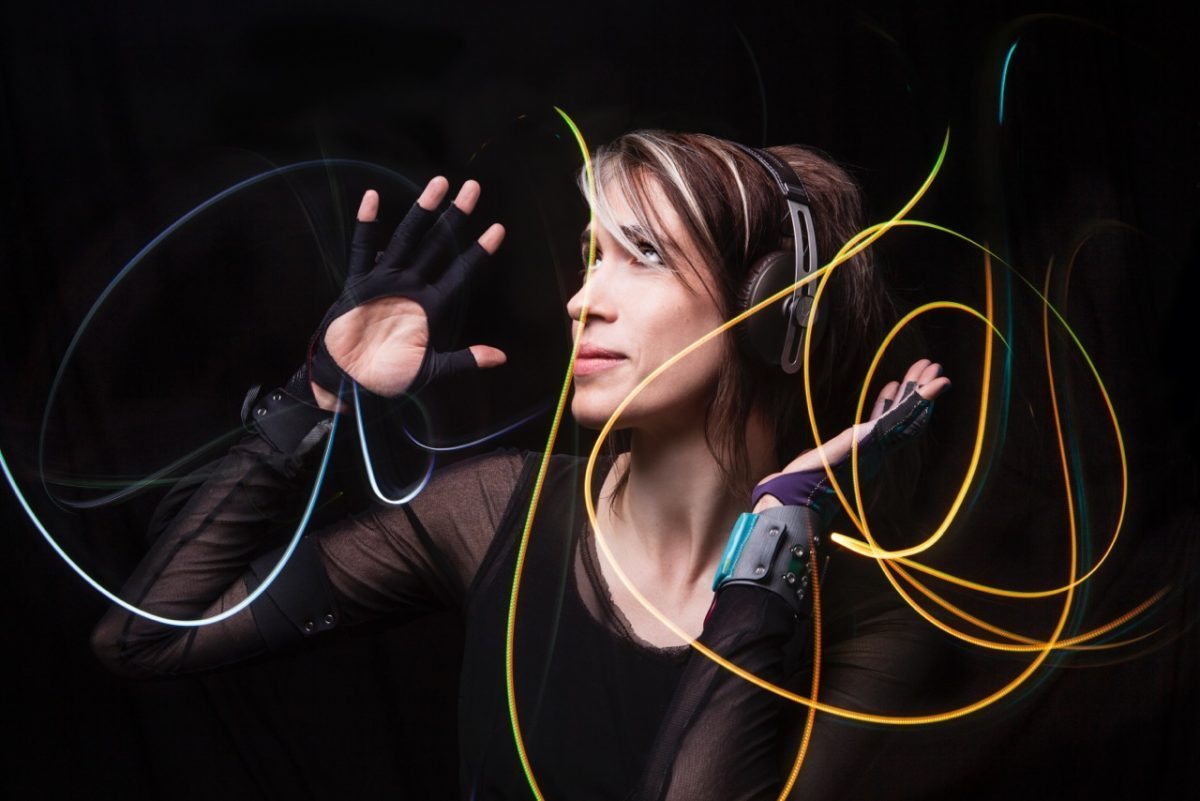 Since we discovered rhythm and learned tone we’ve been playing instruments with our hands, but what if our hands were our instruments.

English musician and engineer Imogen Heap has been showing off her new gloves which transform how you play music. Her incredible Mi.Mu gloves use hand gestures and movement to control and effect sounds using electronic sensors .

Heap began developing the Mi.Mu gloves in “her search for a better relationship with the music software and hardware that forms her musical toolbox”. In 2010 Heap began her search for a team that could help her realise her idea of musical gloves with an inspiring TEDGlobal talk and today she has a diverse team of engineers, artists, and designers working on Mi.Mu.

The inspiration from their design came from live performance and particularly Imogen Heap’s writing and performance when playing live. Taking the power of sliders, faders, and knobs and putting them, literally, in your hands so that with a fluid motion you can manipulate sounds. The developers describe the gloves as “an instrument and controller fit for professional musicians, ready to make complex, beautiful and engaging music”.

The gloves have been used by film composers, visual artists, mixing engineers, theatre practitioners and other performing musicians. Worldwide pop star Ariana Grande even performed with Mi.Mu gloves on her world tour in 2015, you can see her using the effect controls and a looping feature which she activates by grabbing forward.

Heap says: “The minute somebody puts their hands in them, they’re starting to think creatively about them. I’m really happy that you’re going to see what they’re up to. I can make music on the move, in the flow and more humanly, more naturally engage with my computer software and technology.”

Heap and the Mi.Mu team tried to gain funding for their expressive musical gloves in 2014 but only managed to raise just over half of their £200,000 target. The team are still pushing forward regardless and are showing up at more and more musical events, showcases, festivals and in the hands of more and more creators and performers.

You can find out more about Mi.Mu gloves on their website: mimugloves.com