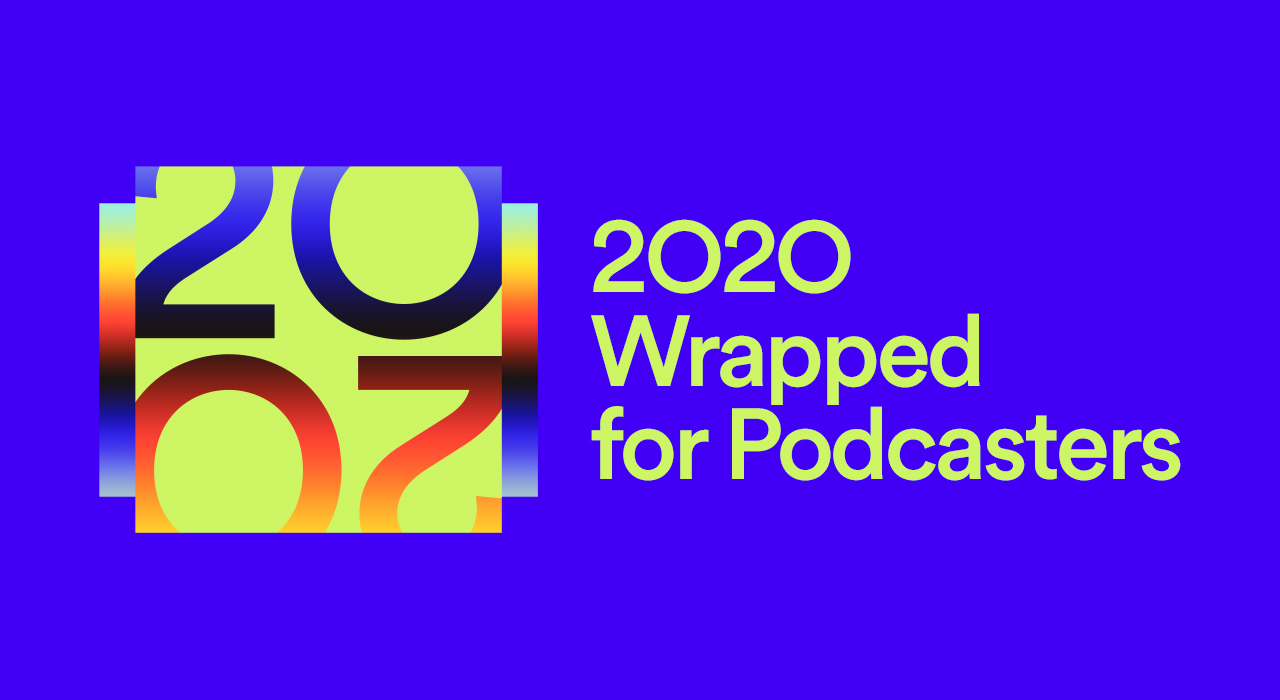 We were under no illusion that Spotify’s Podcast platform has seen huge success in the last few years, but Wrapped for Podcasters put these expectations into numbers.

Lockdown has been great for both sides of the podcast industry, with millions stuck at home both creating and consuming podcasts.

Recent data from MIDiA confirms Spotify’s impressive growth, calculating 42% of all podcast consumption comes from Spotify. Not only are Spotify dominating the podcast listening market, but they also control a huge amount of podcasts being published to their service and others. Spotify acquired podcast creation, distribution, hosting and monetization platform Anchor in February 2019 for over $100 million. Unsurprisingly this was a good move as Spotify announced Anchor powered more than one million show launches in 2020. Spotify says Anchor powered more than 80% of all new podcasts published to Spotify this year. Beyond 2020, 70% of all podcasts on Spotify came from Anchor, with 1.3 million podcasts out of the 1.9 million shows coming from Anchor. Spotify is also claiming listeners spend more time consuming Anchor podcasts than any other hosting/distribution provider, including those from big networks such as NPR, The New York Times and Wondery.

I think people still tend to think of podcasting as being this sort of small, niche community, and I think the 2020 growth has highlighted that it’s very, very quickly grown far beyond that, and there’s just so much more scale and depth to the medium than I think people realize. We feel like for all the people in the world that want to say something, or want to share their voice, or want to have themselves heard, there can be actually far, far, far more new podcasts over the next couple of years.

Which countries saw the most creators publish podcasts in 2020? According to Spotify, the top five markets in 2020 by number of shows were US, Brazil, Indonesia, Mexico and Great Britain. The fastest-growing markets in average monthly increase in new shows are India, Mexico, Brazil, Argentina and Indonesia. India saw nearly 40,000 Anchor-made shows, growing at an average of 22% month-over-month in 2020.

On top of the Anchor acquisition, Spotify have been investing in purchasing the exclusive rights to key shows such as Joe Rogan, Michelle Obama and Kim Kardashian West, as well as large networks such as The Ringer and Megaphone. Spotify also recently exclusively signed nine shows in Indonesia.

Not many of these podcasts are making money and those that are, likely aren’t generating revenue via Spotify or Anchor. While Anchor supports monetization and inserts ads, this feature is currently only available in the US. Around 100,000 creators are monetizing their shows through Anchor. Many podcasters make money through Patreon, merchandise and sponsorships sought by the creators themselves. The next big challenge for Spotify is monetizing podcasts right across their platform. This could possible with a potential new Spotify Premium Podcast model hinted by a survey.