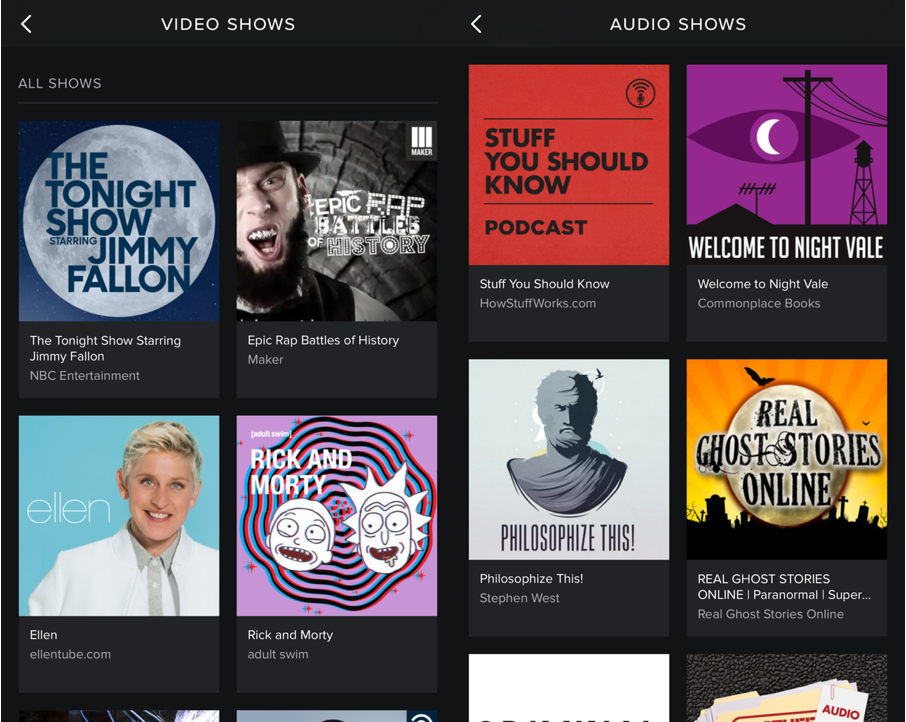 Spotify launched videos earlier this year to little response, and even fewer users, but Spotify are determined to keep videos going with their own content.

Spotify videos or ‘Shows’ saw a massively anti-climactic launch earlier this year that left most users unaware of it’s existence and the rest wondering why it existed. With a surprisingly large collection of shows including Adult Swim shows, news segments, talk show clips and more the hidden section quickly dissipated from people’s memories.

In the past months Spotify have been launching their own exclusive shows in ‘phase 1’ of their plans for video production. Shows include explorations of classic and influential genres/scenes, band histories, live recordings, music videos and more. Recently Spotify debuted ‘Flash Frame’ with Blink-182 as their first featured artists, recreating the classic video to ‘What’s My Age Again’ for their new song ‘She’s Out Of Her Mind’. ‘Spotify superfans’ even have a chance to come and feature in the video, see them live and/or ask questions in the Q and A.

As Spotify Show’s traffic is “almost non-existent” it has had to drop a majority of it’s video partners, though there’s still plenty of TED Talks. Spotify are now going to begin focussing almost primarily on their own content for videos which, although more successful, will still need to see more push to get people to even know it’s there.

A spokesperson from Spotify said: “We’re one hundred percent committed to video and podcast content and exploring new and fresh ideas for our audience, and we have lots of great original content available now or coming soon, such as our Landmark Metallica documentary. We work with many different non-music content partners to develop and deliver content, and that roster of partners naturally changes from time to time.”

Whilst Spotify’s content has been good they’re going need to bolster their video promotion and accessibility if they want people to not just know it exists, but to want to watch it. Currently Spotify Shows are available on Spotify’s mobile apps for iPhone and Android but not on desktop, making it even more restrictive. Spotify are going to need some big promotion if they want to move to phase 2.