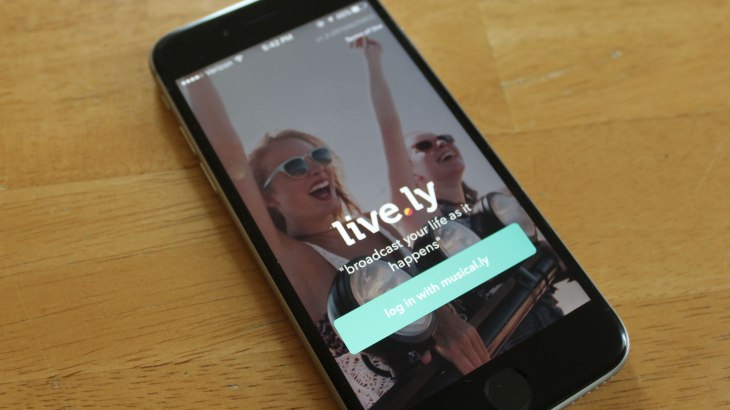 Musical.ly gave people a platform to put themselves singing along to songs to the world, Live.ly did it but live but their app is being shut down now.

Musical.ly took the world by storm as it enabled people, mostly teens, around the world to sing along to their favourite songs into their phones and for other people to watch it – because that’s 21st century entertainment. All the way back in 2016 they launched a second app, Live.ly – a live streaming app which jumped straight to number 1 in the app store.

Now Musical.ly are getting rid of their Live.ly app after 2 years and it won’t be available on the Apple App Store or the Google Play Store anymore. But Live.ly fans don’t need to worry as they’ll still be able to live stream from their profiles but now both services will be built into the Musical.ly app. Opening the Live.ly app will now present you with a message saying “Ch-ch-ch-changes!” and directing you to go to the Musical.ly app for live streaming.

“The live streaming you loved in live.ly has moved to musical.ly!
Switch to musical.ly now to keep up with your friends and followers.”

Reads the message on the Live.ly app.

The switch was a last-minute and unexpected for many users and now a number of people are saying that live streaming on Musical.ly isn’t working. For some who the live streaming is working for the features aren’t, with one streamer reporting that her stream showed no viewers and likes and comments weren’t displaying – something multiple users have now reported.

The merging of their two apps comes after Musical.ly was purchased by Chinese company Bytedance last November in an $800 million deal. After the acquisition the company launched a $50 million fund to raise money for expanding their creator community.

Musical.ly now face competition from Facebook who have begun testing a new feature called Lip Sync Live. Lip Sync live is exactly what it sounds like, another platform for people to lip sync along to hit tunes of their choice.