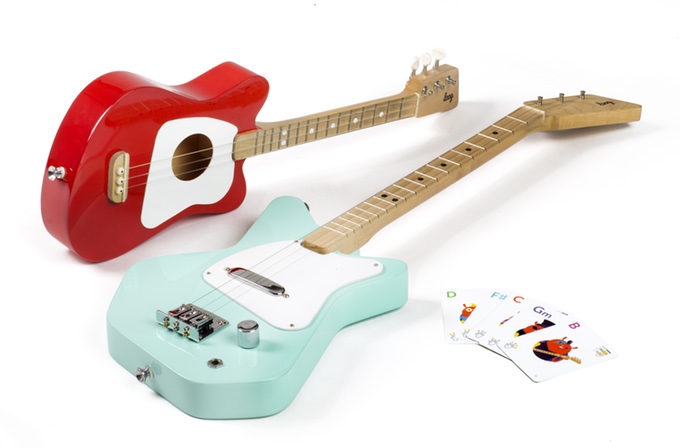 Nearly everyone has wanted to learn to play the guitar at some point, but getting started is the hardest part. But Loog’s new guitars make it fun and easy for children to learn and play.

Loog Guitars are back with a new Kickstarter funding the Loog Pro and Loog Mini which they claim are their “best Loog guitars yet”. The two new guitars have just 3 strings, halving that feeling of complexity when you first pick up a guitar and look at all of the strings and frets, making it a perfect introduction for kids.

The guitars have been designed to not just make it easier, but to make it more fun when you’re just starting out with flashcards and a companion app to help you start playing along to songs straight away. Whilst the size and number of strings on the guitar make it a perfect starting point for kids it can be used by anyone who wants to pick up and start playing without any musical knowledge.

At a similar size to the ukulele the Loog Mini is specifically aimed at children, but with classical guitar strings and standard guitar tuning it doesn’t become a different instrument. It’s partner, the Loog Pro however is a natural evolution of Loog’s original, award winning guitar with a bunch of improvements to make it not just a perfect starter instrument, but also a quality instrument on it’s own.

Whilst the Loog Pro was also designed for youngsters (8+) it’s size means it can be used by anyone, perhaps within an 8 foot height limit. Loog say that the upgraded Pro is “a dramatically improved instrument in every sense: sound, intonation and playability”. Thanks to standard guitar tuning and strings it’s easy to move up to a full guitar after you’ve gotten comfortable with the simpler Loog. 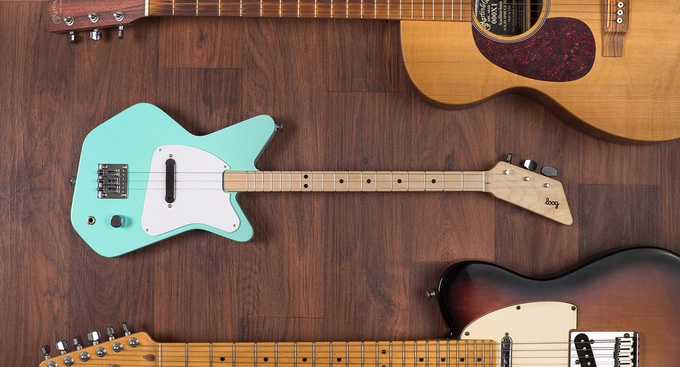 Both guitars come with a set off flashcards that provide visual aids for remembering chords and notes. When combined with the iOS and Android app for Loog guitars you can play along to songs from artists like the Beatles, Rolling Stones, Taylor Swift, Bruno Mars and others. You can even create your own “monster” teacher who will help you along as you learn.

The app has a unique progression system that turns learning the guitar into a fun game. The better you get the more you unlock, for example: learn to play some chords and you’ll unlock a song like ‘Let It Be’. The app comes with both the Loog Mini and Loog Pro and features video lessons, a tuner and a songbook.

If you want to get your hands on one of your own the Loog Mini is available at a special price of $59. The Loog Pro is available in acoustic at $129 and electric for $159 with shipping expected in June to anywhere in the world. Head to their Kickstarter to nab yourself one now: www.kickstarter.com/projects/loog/loog-pro-and-loog-mini-the-ultimate-beginners-guit?token=0fcb1567