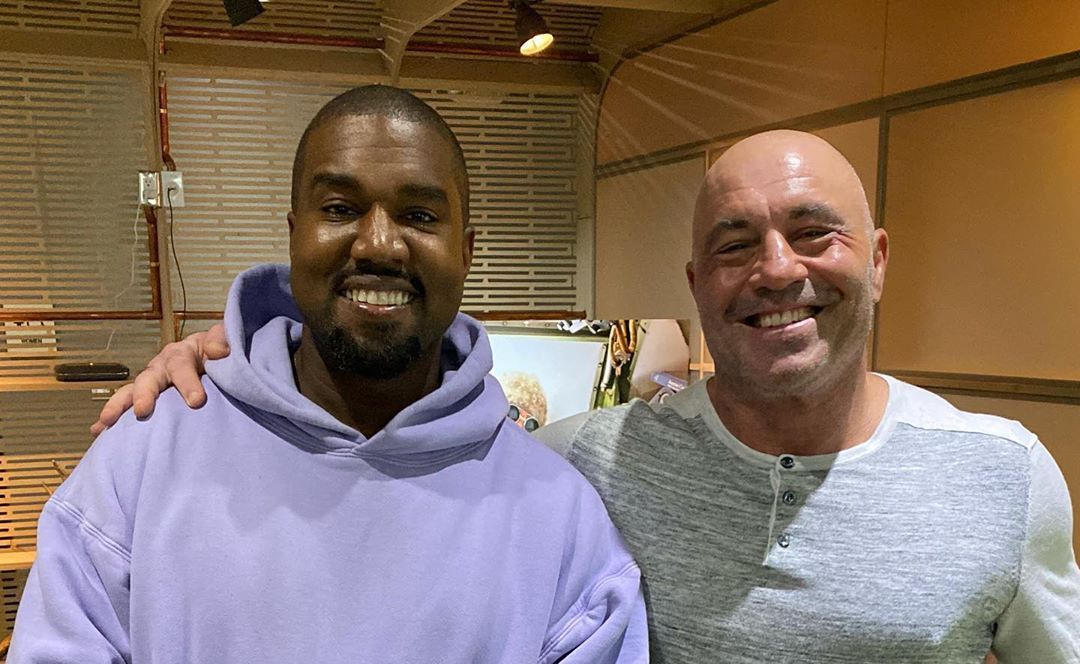 Kanye West wants to take his ‘artists owning the music industry’ approach to the next level, during his interview with Joe Rogan stating he wants to buy Universal Music Group.

Kanye West recently tweeted out images of his record contract, demanding a change in the music industry. He got the whole industry talking about the balance of artists and labels. Speaking out to those trapped in label and publishing deals, as well as his thoughts on how the music industry should operate, hitting every point we strive for at RouteNote.

Kanye West’s recent three-hour interview with Joe Rogan saw the artist dive into his music, fashion brand, candidacy for the presidential election and more, stating his plans for going beyond simply acquiring his masters from the labels.

I was thinking about buying my masters and I realized that that was too small of a thought. I’m going to buy Universal. They’re only a 33 billion dollar organization. I’m one of the greatest product producers that ever existed. And I’m a child; I’m 43 years old. I was $53m in debt four years ago. Now it’s proven that I’m the new Michael Jordan of products.

While it’s easy to mock Kanye West here, it’s not entirely impossible. The $33bn figure Kanye quotes is accurate. West earlier claims he has a current net worth of $5bn and annual personal cash flow of $300m largely thanks to Yeezy’s trainers line. Raising $33bn isn’t impossible with his connections.

Universal Music Group’s parent company Vivendi is not opposed to the idea of liquidating stakes in the music company. In March earlier this year, Chinese tech conglomerate Tencent acquired a 10% stake in UMG for $3.3bn. Tencent has the option to acquire a further 10% in UMG before mid-January 2021.

Vivendi CEO Arnaud de Puyfontaine said to investors last week, Vivendi is “pursuing the process of selling additional minority [stakes] in UMG to other partners”, while confirming the intention of taking UMG public in 2022.

Now they have another Steve Jobs, you know, Howard Hughes, Henry Ford, Disney, Elon kind of character within their midst, but they’re so concerned about the control of the idea of artists, because they’re using me as like this artist that has attracted other artists. Also, I use them. I got famous. I made some money, I got to tour, you know, I became this superstar, so we use each other. Now, is it just an adjustment that needs to be made in the relationship? And I can make and I will make products that will make more money than Universal is worth.

Earlier in the interview, Kanye said “I’m not at war with the music industry. It’s just it’s time for us to innovate and we need to have contracts that make sense with exactly how we sell music.”

So I don’t know if you saw when I posted my contract, I had 10 contracts that kept on putting me inside a labyrinth. And there’s things that we don’t need now. I believe that the distribution partner that the label is, like Prince would go and say, ‘Oh, we don’t need the distribution partner,’ especially if Prince was, you know, really alive and thriving in this Internet era. I’m the kind of person where I’m not trying to go and eliminate anyone’s job. So record labels are afraid of saying, ‘Okay, we’re going to hand over the distribution completely to you guys,’ which is, you know, that’s a possibility. There’s a way where both parties can be happy and that these infrastructural partners can be of service to the influencer, to the artists. Like, these deals can be flipped in a way that they’re just more fair.