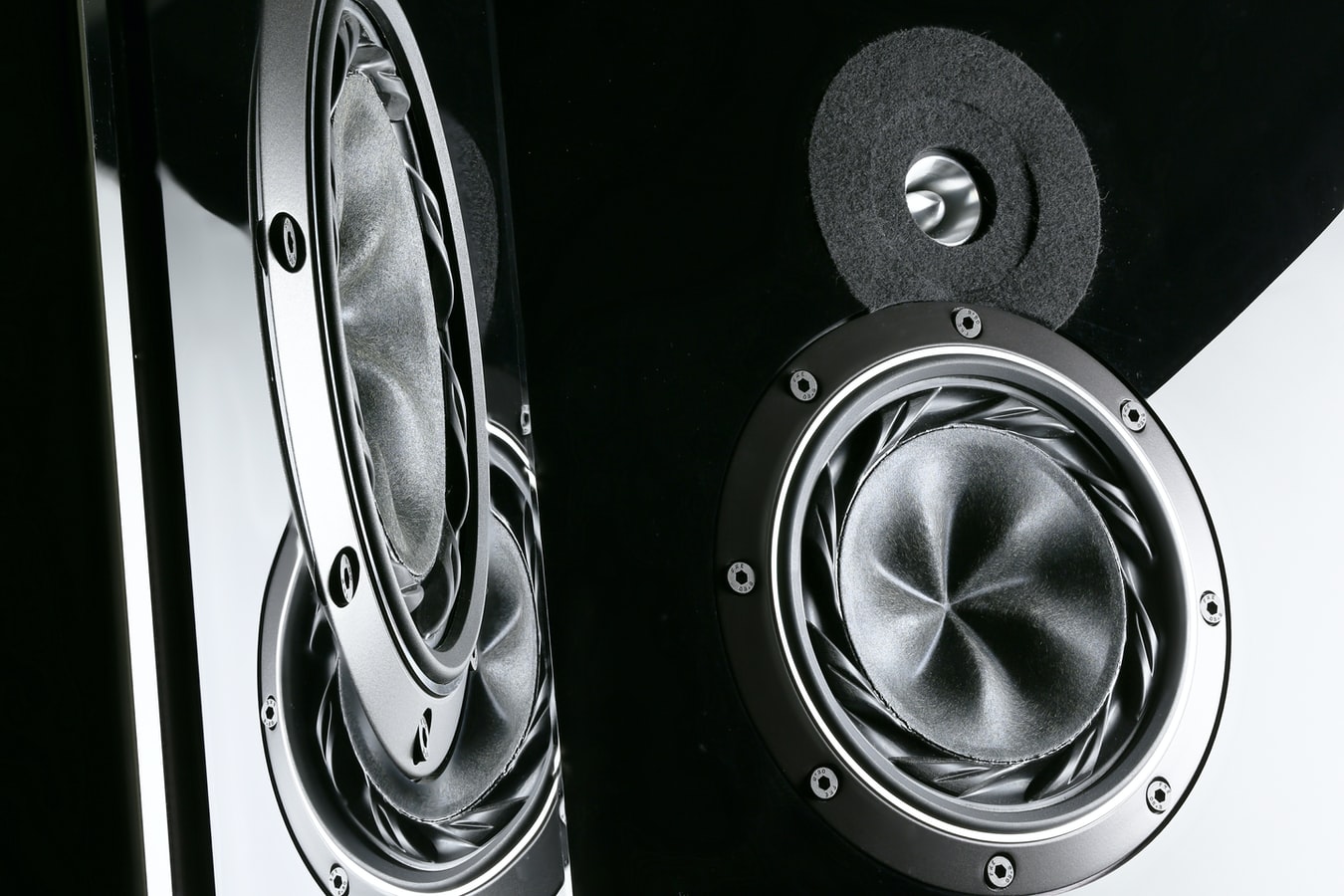 High definition music is quickly moving from a boutique service to a standard offering, so what does this mean for music streaming and is it good for listeners?

Earlier this year Spotify‘s huge Stream On event gave us plenty to get excited about for the year ahead in terms of what the world’s leading streaming service is up to. One of the biggest announcements from the event was the upcoming launch of a new high-fidelity tier for music streaming, offering the best quality music on many people’s favourite music service on Spotify Hi-Fi.

It was an announcement that I, for one, had been expecting for years. Slowly but surely, high definition streaming has become more and more available and it was unusual that services with vastly smaller userbases were offering the feature whilst arguably the world-leader in music streaming wasn’t. Now here it is at last and it seems that in-fact the majority of major services will offer high quality music streaming by the end of the year.

So just why wasn’t it more readily available until recently and is this a big shift for the music streaming industry? Let’s explore it together.

The History of Music Quality

Whilst you will still find people who argue that the best music listening experience comes from vinyl records, in terms of quality it’s not true. Sure cassette tapes were pretty rubbish but a lot of people take for granted CDs and the quality of music we had with those now largely abandoned discs.

CDs offer full 44.1kHz uncompressed audio with a dynamic range of up to 90 dB. They may not have offered the same physical ritual that people love with vinyl nor do they offer the ubiquity and ease of digital music, but they were a damn good middle ground.

When digital music transferred through the internet began to become mainstream – first through piracy then with official services – the audio files were more often than not shrunk down. They had to be, certainly in the early days of the internet. Transferring an album’s worth of 20MB high quality tracks would have eaten up people’s connections. So files were compressed and as such their quality diminished.

So as music streaming grew and people flocked away from traditional methods of listening to become digital purveyors with a vast library at their hands, the quality of music people were listening to reduced in many cases.

But was that really a problem? In many ways, no. We’ll look at that a little later on.

Hi-Fi Streaming Up Until Now

So as services launched and listeners showed up to listen to millions of tracks, on-hand, and legally licensed; most people were so happy with the availability and the standard quality that they didn’t expect more – if they were even aware that they could be listening at a better quality at all. For many people, they also weren’t listening through an audio setup that meant a standard quality audio file was going to be noticeably different from a better quality one.

There have always been and will always be true ‘audiophiles’ though, and for those people who truly could hear the difference between basic streaming and the quality they expected there were solutions. Higher quality music is usually available for straight up digital purchases, so those who wanted to purchase music outright through iTunes or Qobuz and similar platforms would receive a better quality experience from their computers.

But as downloads faded in popularity and streaming became the common way to listen to music, high quality streaming started to peek through. Qobuz have been offering it for a long time, though only achieved a wider global reach in recent years. Jay-Z stepped up to the plate launching TIDAL in the US as one of the region’s early adopters of high resolution music, touting better payments for the artists in tow. These streaming services promised audio in lossless, FLAC files.

TIDAL even opened up the floodgates for Master Quality Audio (MQA) music to be available by on-demand streaming. The next step up from lossless, FLAC audio files; MQA proposes to offer audio as it sounds when it comes straight out of the studio, the purest of audio potential. Since then a number of new audio experiences have launched, purporting to offer experiences even more advanced than simply high quality music like 3D or Binaural audio and Dolby Atmos music.

It wasn’t too long ago that these services and their next-step-up audio offerings were on the side-line, offering exclusive experiences for a select crowd. All that has begun to change in recent years.

In recent years, HD music has moved from a niche to a standard side-offering in music streaming. Many of the major streaming services now offer a lossless Hi-Fi tier including Amazon Music, Deezer, QQ Music, JOOX, and of course now Spotify as well.

There has been a big push lately for the major services to now offer Hi-Fi alongside their standard quality tiers. As competition carries on fiercely in the music streaming industry, no player wants to be left behind in the quality race. How many people are actually paying the extra to listen to higher quality music is what we’re yet to really see, but it seems most of the majors don’t want to lose the audience for whom it might be the make or break between signing up.

So now that high definition music offerings are mainstream, will they be the next standard? Unless the price of Hi-Fi music drops to the same as standard streaming prices then I don’t think so, and there are also plenty of reasons why it shouldn’t.

Why Hi-Fi Streaming SHOULDN’T Be For Everyone

The biggest issue with better quality music is that for most people, they just don’t have the technology to make it worthwhile. Though the capability is coming to more technology every year with smart speakers and soundbars adopting it, for many they likely won’t have a supporting speaker. Everyone listens differently, but the majority of listeners are using earphones and headphones that aren’t going to be able to really output the clarity that actually sets apart the honestly-decent standard quality music and the higher quality potential.

See if you can tell the difference here.

It’s true that compressing audio does mean that files lose elements, but they’re rarely something that is particularly noticeable. Particularly not through your stock Apple earphones that came with your smartphone 2 years ago. But if you’re sitting down to a listening session on some high quality headphones or with a decent stereo speaker setup, you’re going to get a better experience from high quality – not vastly, but for those who really care about music it does matter.

For many people these days though, that intense listening experience just simply doesn’t matter. People listening in their car, on the bus, whilst out working, soundtracking a party and just consuming music for accompaniment or general enjoyment rather than a deeper experience really won’t notice the difference.

Why not have better quality for the sake of it though?

High quality music comes at a cost. It’s why it was compressed in the first place in the early days. There is a lot of information contained in a complex audio file and the more you save the more data it’s going to take up.

But big file sizes don’t matter if you’re streaming it on demand?

They definitely do. They may not impact on your computer or phone’s memory, but they come at a huge cost to data transfer. The amount of information that has to be sent for a Hi-Fi album will be multiple times more than for a standard quality stream. That comes at a deeper cost that many people won’t acknowledge, especially if their internet can handle the transfer.

Sharing information takes server power. The server power needed to transfer high quality music makes the already fairly energy costly music streaming industry a lot higher. That may not be a concern for many listeners, but the vastly higher energy consumption needed for lossless streaming means it doesn’t make sense to introduce it as a new standard simply because the internet connections can enable it now. Whether we want to or not, we have to consider the inconvenient truth of the carbon footprint our luxuries are costing.

Who should listen to Hi-Fi music then?

I’m not saying that no-one should use Hi-Fi music. Just that it really should be considered a boutique option for true audiophiles who have serious music listening set-ups. For most people standard music streaming is all that they need and as mentioned above, it may be the better choice for the planet too.

But if you’re someone who really cares about getting the most authentic experience from your music and you’ve spent out on the gear to hear it, then go for it!