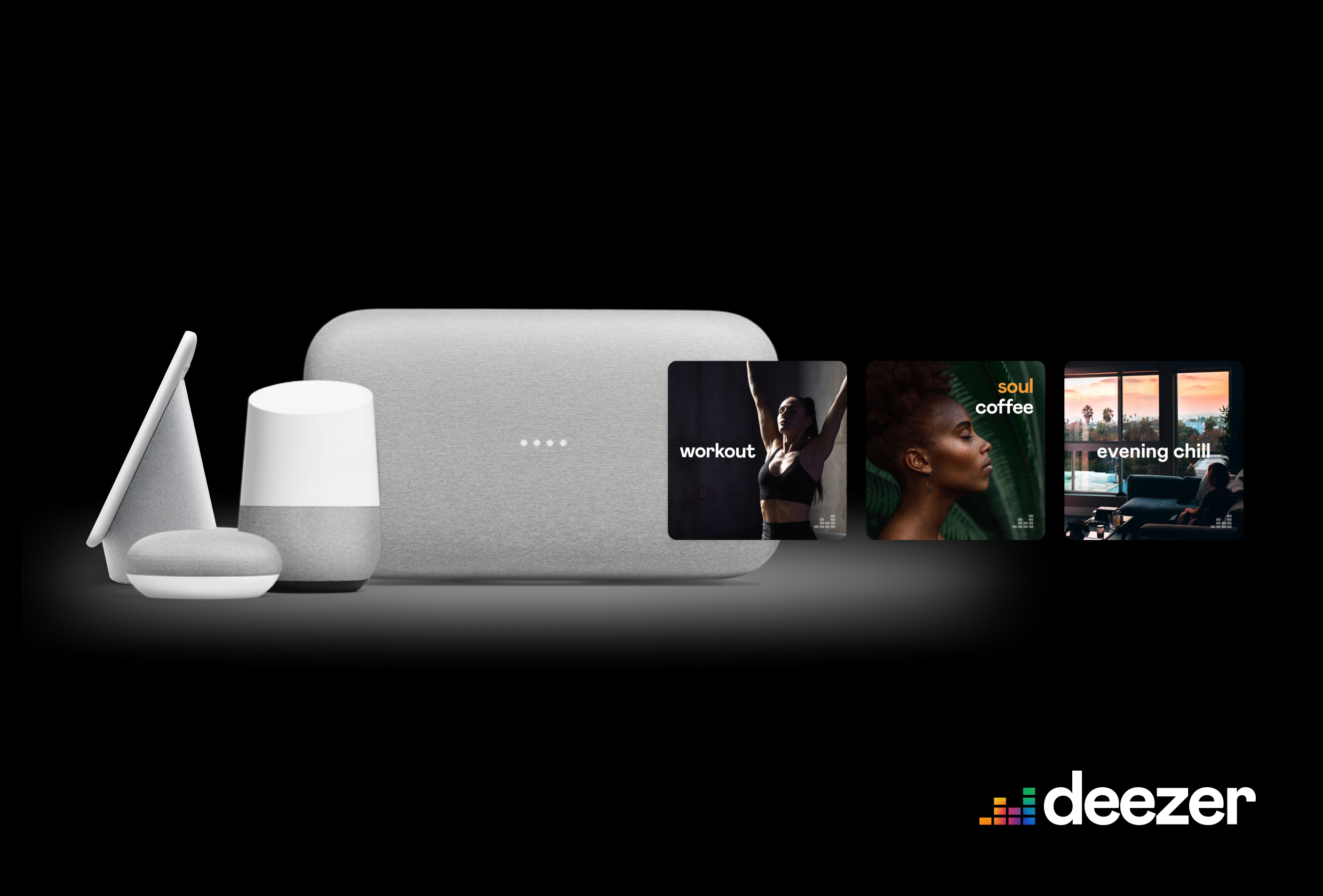 Deezer have announced that users of Deezer Free can use their Google Assistant smart speakers and displays for listening. The streaming service is rolling out the change from today onwards.

To set up Deezer with Google Home and Nest devices, Deezer Free users must make Deezer the default music service on the Google Home app. From then on tracks will play with a simple command of: “Hey Google, play my music.”

Nicolas Pinoteau, Deezer’s Director of Partnership Integration, said: “We want everyone to play their favourite tunes at home, even if they’re not a paying subscriber. So whether you like chill out music or working out to the latest fitness playlists, just ask Google Assistant to play from Deezer!”

Deezer said users can ask their smart speaker to play a mix of songs tailored to whatever mood they’re in – for example asking for “Happy Music.” There’s also soundtracks to workouts, and users can request specific artists or playlists. Asking for Google Assistant to play their “Flow” will begin a playlist of songs personalised to the listener’s individual music taste.

Deezer Free is a freemium subscription to the streaming platform, with advertisements and six song skips per hour. The new Google Assistant compatibility is available in Australia, Canada, France, Germany, Italy, Mexico, Spain, the UK and the US.