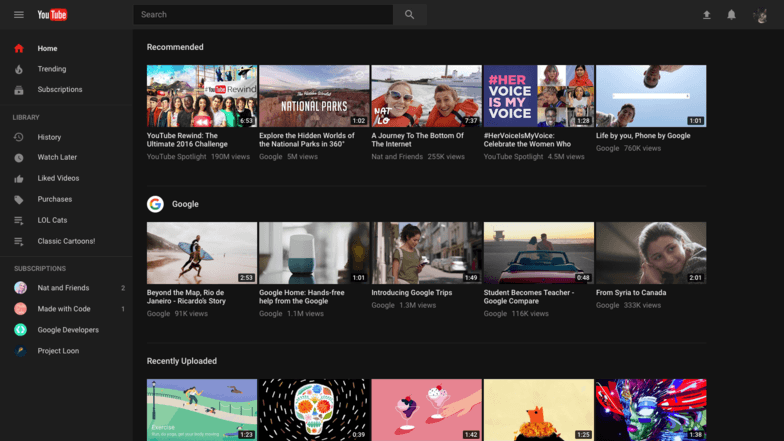 YouTube have been working a redesign for their desktop site that gives it a new look to “make your content shine”. The new design announcement also comes alongside a new section in YouTube’s mobile app and the news of the annotations editor’s demise.

First up is YouTube’s upcoming fresh appearance. It doesn’t seem a drastic change at first look but the new design highlights your favourite videos and creators. It has also been designed with the aim of making YouTube “easier and more fun to use”.

Clean Design – The Content and Creators you love shine with a clean, simple design.

Dark Theme – Activate Dark Theme from the new Account Menu to cut down on glare and take in the true colours of the videos you watch.

Built for the Future – We’ve been working on a totally new site design that’s built on a new faster framework. That means we can build new features faster, such as Dark Theme and more to come.

YouTube’s new look is being opened up for certain users to preview and give feedback on the design to YouTube. Beyond its appearance YouTube has now lost a feature, it’s annotations editor. YouTube announced it’s discontinuation in May and now the feature has been removed.

This means that you can no longer add or edit annotations on any videos, however you will be able to view all existing annotations on videos and easily delete them. YouTube are replacing them with mobile-friendly End Screens and Cards which they introduced in recent years. YouTube said they were ditching annotations because of their lack of mobile functionality as well as being invasive on videos.

Lastly YouTube have added a new “shelf” into the subscriptions tab on their mobile app. The section will show “subscription highlights”, a personalised selection of their most recommended videos from your subscribed channels. 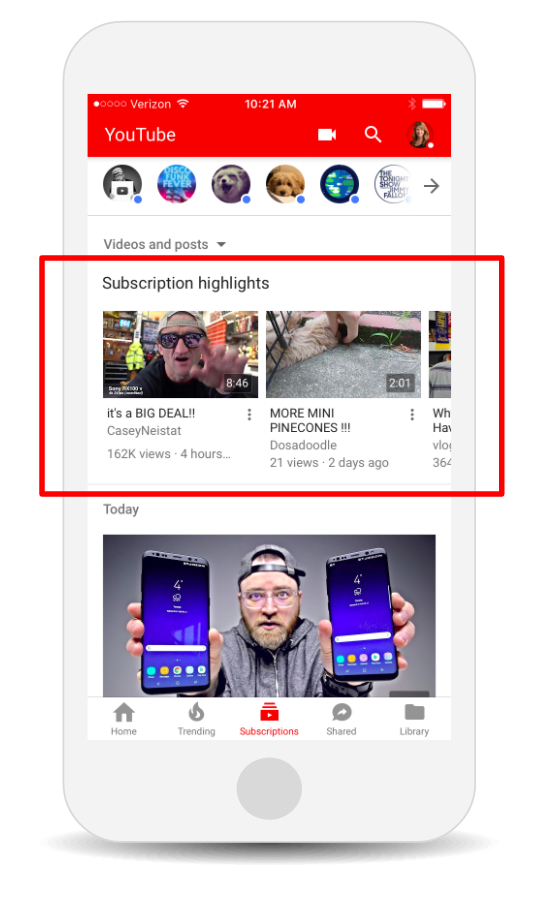