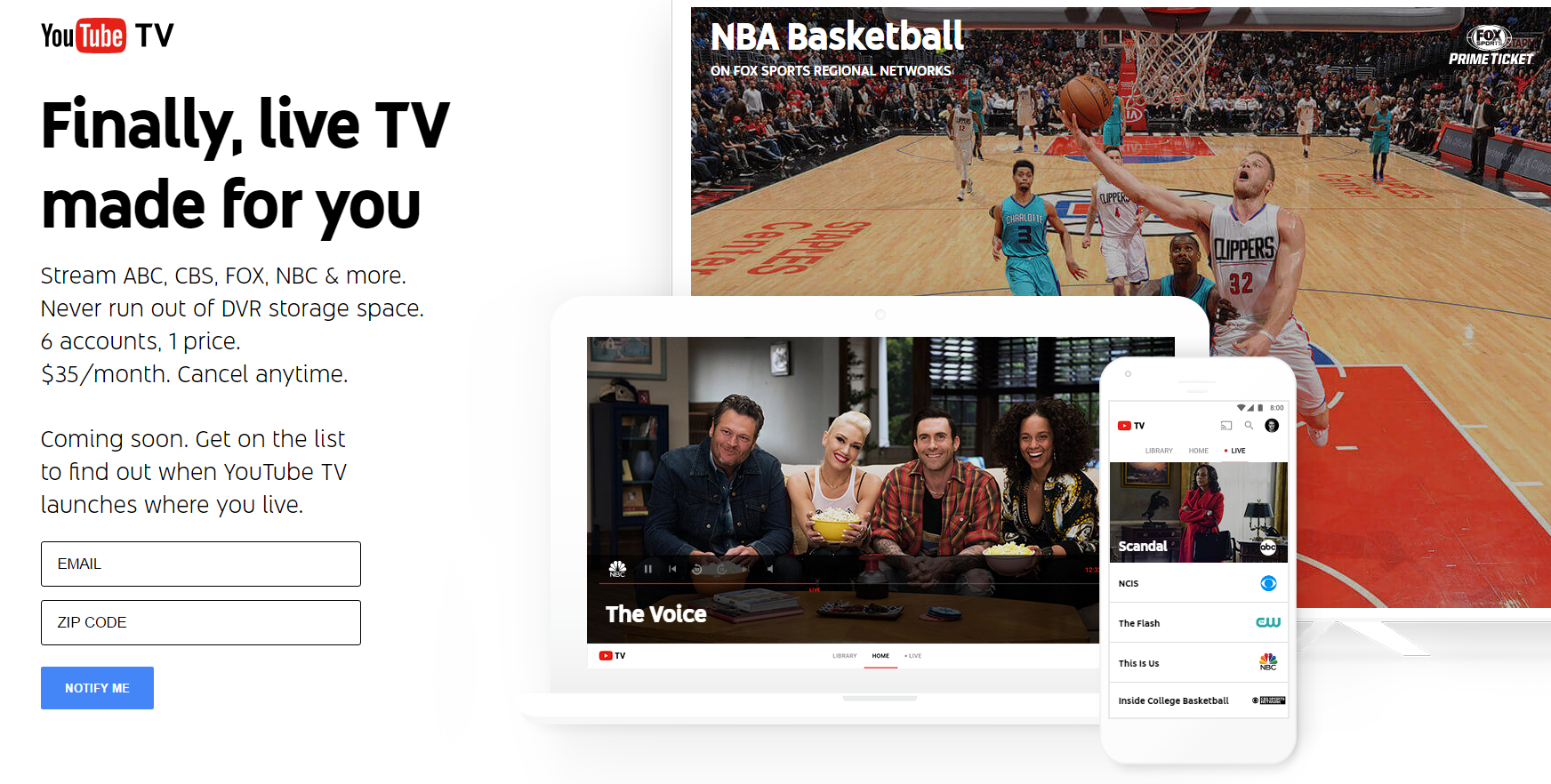 YouTube have announced a brand new streaming service which will bring live cable TV streams to the world’s biggest site for videos.

In Los Angeles this week YouTube announced a new TV streaming service which will integrate live broadcast and cable TV programmes into YouTube’s massive video platform. The service is being launched as a standalone app with a monthly subscription similar to a traditional cable subscription.

For $35 a month subscribers to YouTube’s new service will be able to watch the four major networks – ABC, CBS, FOX, and NBC – alongside roughly 35 cable channels. Whilst it might seem like an expensive cost for a stripped down cable subscription the service extends across 6 accounts so multiple persons can watch YouTube’s cable offerings and get their own personal recommendations. Unfortunately there will be a limit to how many people can watch streams at the same time, with 3 simultaneous streams the maximum.

The aptly titled ‘YouTube TV’ will miss some major channels like Viacom’s Comedy Central and MTV and Turner Broadcasting’s CNN, TBS, and TNT. Whilst it may not feature many popular cable channels there is the option to add a Showtime subscription, giving you access to hundreds of box sets. YouTube will also include all of their YouTube Red originals with YouTube TV at no extra charge.

With the announcement YouTube showed a quick demo revealing some cool new browsing methods for finding programmes. For example, typing in keywords like ‘Time Travel’ will bring up all programmes involving that theme or plot device. You can of course also browse the live TV guide or search by genre. You can also save programmes onto the Google cloud, allowing for an unlimited DVR and the option to skip forward through ads.

Rumours spread last year that YouTube might be bringing cable TV to their online video platform somehow, as “people familiar with the plan” revealed that YouTube were investing in streaming Cable TV. Then when CBS signed a deal with Google later in the year it seemed like a sure thing, and with YouTube’s announcement this week it’s finally confirmed.

Currently YouTube haven’t revealed a date for the launch of YouTube TV but say that it will be “coming soon”. You can sign up to find out when it launches here: tv.youtube.com/welcome