“How long do we have to wait until we can watch live TV on the go, on all our devices? When will we have DVRs big enough to handle all the things we want to record? The answer? Today.”

Following a year of rumours YouTube finally announced a TV service last month, and now it’s here for you to enjoy so you can watch cable wherever you are. The launch brings a whole host of TV to stream from the biggest networks like ABC, FOX, NBC and more to your computer, mobiles and tablets for just $35 a month – a majorly reduced cost compared to that of a normal cable subscription.

YouTube TV launched last week in New York, Los Angeles, San Francisco Bay Area, Chicago, and Philadelphia with more areas coming soon. YouTube TV may not have quite the extensive channel selection of TV cable but with no equipment issues and fees, no commitments so you can leave at any time, and more benefits over cable it’s a considerable package.

YouTube TV is available as a free month trial for new users and after one month of paying for a subscription YouTube are giving away free Google Chromecasts while stocks last to subscribers. You can sign up now at tv.youtube.com to check it out or from the Google Play Store and the Apple App Store. To find out when it might be coming to your area you can sign up here. 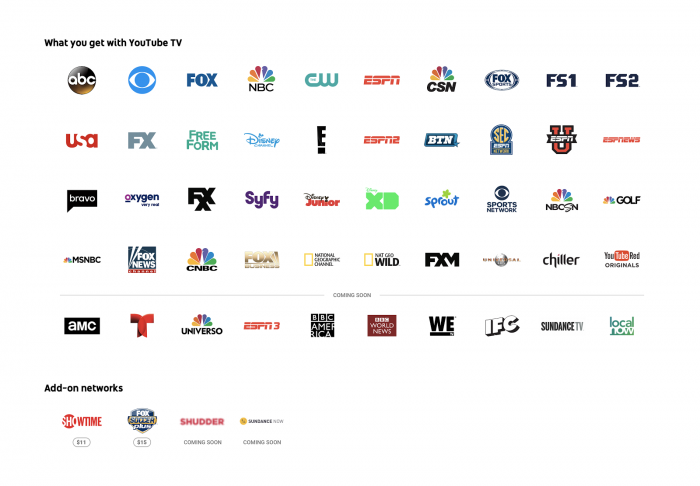