Just over a week since Warner Music revealed music streaming had become their primary source of revenue another major label, Universal Music, has revealed they make a massive $3.9 million every day from streaming.

Universal Music Group’s (UMG) streaming income has been unveiled in parent company Vivendi’s first quarter earnings statement. It revealed that their income from music streaming has increased by an incredible 60% since last quarter.

As if it wasn’t clear enough that music streaming is dominating the industry the report shows that UMG’s primary revenue is now from streaming services, making up 34% of their total income. This pushes way beyond digital downloads which account for 22% of total revenue whilst their physical music offerings find middle ground at 27% of UMG’s income.

This report reveals that two of the three major labels now make the majority of their revenue from streaming services like Spotify and Apple Music, as Warner Music recently announced it was their primary revenue source. No doubt the story is similar over at Sony Music Entertainment. 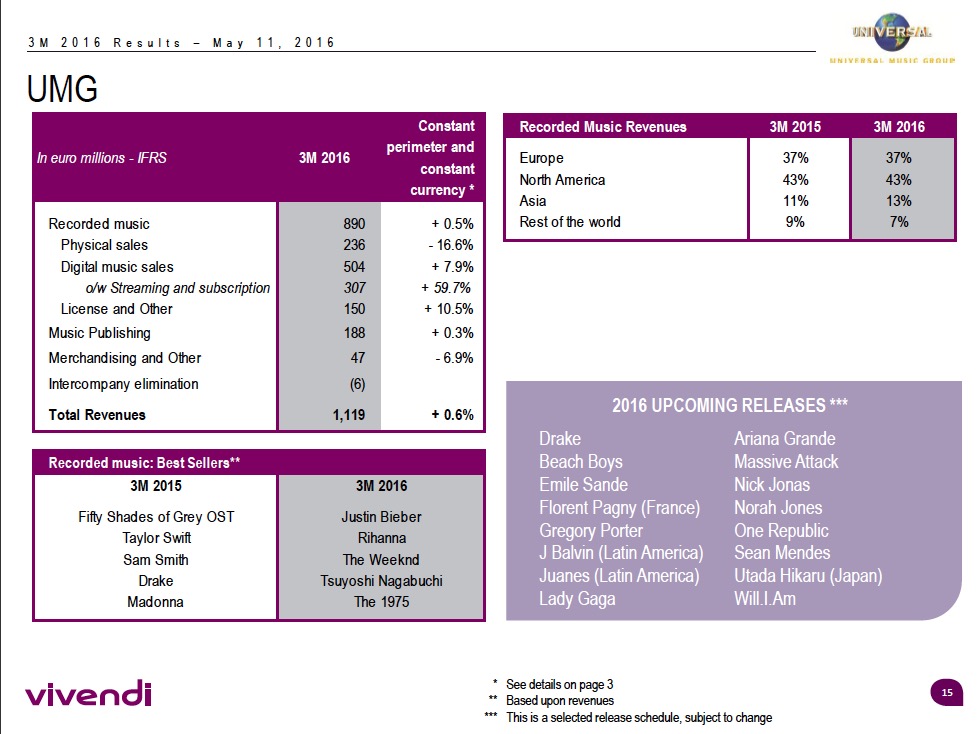 With close to $4 million earned every day by Universal from streaming it’s clear to see that the issue big artists have with payouts isn’t the services themselves, but rather labels taking large cuts. Label deals can leave artists with under 10% of earnings going to them. This inequality and the dawn of the internet has meant lots more artists are going independent, and now everyone has the chance to with site’s like us, RouteNote, getting your music onto streaming services without the crazy percentage cuts of many labels.

But remember not all labels are rip-offs and record labels are still an important and valuable part of the industry. Just make sure as an artist you’re protecting yourself and your work when you sign to a label.