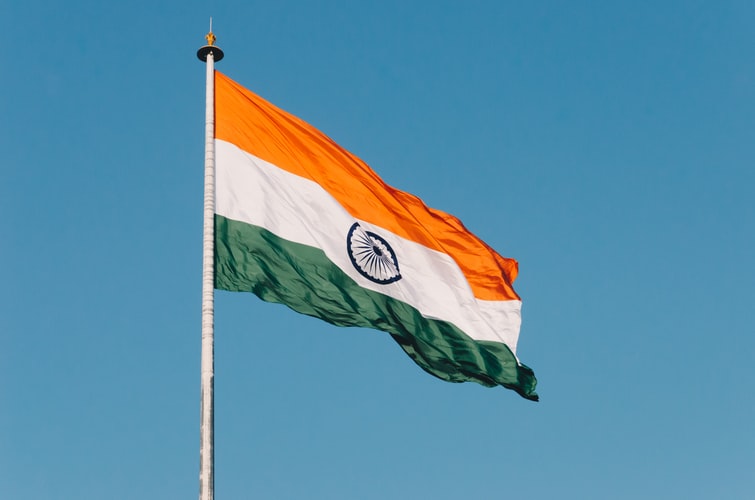 How is music growing in India, how are digital platforms being used, and where does short-form video sit in it all?

India has been tipped by many as one of the most significant rising markets for digital music as the country adopts streaming services and short video apps more and more. The country is renowned for it’s wide usage of smartphones and India’s love of music is catching up with the availability of unlimited tracks through digital services like streaming platforms and download stores.

The pandemic has led to an even quicker uptake in digital services where there was already a rapid increase from younger generations in streaming services and entertainment apps. As mentioned at the conference by Vikram Mehra, chairman of the Indian Music Industry and MD of Saregama, older generations started to catch up with the trends and consumed music content as well as short and long format video content more.

Whereas Indian audiences in their 50s, 60s, and 70s were “very apprehensive about adopting digital technology” before, it seems the pandemic gave cause for exploration of new media. Mehra said: “The positive change that happened of older people coming to the digital bandwagon is an irreversible change,” adding that this is “great news, because remember, all the things that went wrong for us, gigs not happening, theatres not opening, public performance not happening, are all reversible.”

As music grows it seems that the interest is focused more and more on original Indian music, with a particular love of film music but traditional folk music and Indian pop music on the rise. Managing Director of Warner Music India, Jay Mehta, says: “Right now, international music contributes to approximately 13% of overall audio music consumption. Over the last three years, the contribution in percentage terms has gone down but in terms of sheer volume it has only gone up.”

The popularity of short-form video and its problems

The adoption of new technology isn’t just seeing a rise in usage of music platforms but particularly short form video apps. In fact, a recent study showed that 60% of those asked by the IFPI has used a short-form video app in the last year. The country loves the format, being one of TikTok‘s biggest adopters before the app was banned. That ban interestingly only increased use of short video, though with a brief fall, as users went to Triller, Instagram Reels, and other alternative short form video platforms.

There unfortunately seems to be a devaluing of music with the proliferation of short video apps. With the popularity of these apps and their inherent use of music within the user-created videos, there has been a trend to place all of the importance in a track within a short snippet rather than in making full songs with as much care and attention for the entire piece.

Haryanvi rapper and singer KD Desi Rock said: “Earlier, artists used to want their entire song to be very good, from the start to the end. If a song was good, it would become popular by word of mouth. Now there’s only one medium of promotion, mainly Reels. Since then, every artist, whether they’re writers or singers, thinks: ‘Fifteen to twenty seconds of my song should be good, I don’t need anything else. If the song gets picked up on Reels, it will do well on YouTube.’

“There are many tracks that are huge on Reels but when you watch them on YouTube, there’s no life in the rest of the song.” Speaking of YouTube, paying for views has become a standard practice amongst artists in India says Anand Chabria, partner at regional language record label Anand Audio. He reveals: “It’s like an open secret. Everybody knows it. If a song is good, what’s wrong in giving a little push to it?

There is also a huge potential in short-form video to be used for promotion of music, that has been tapped into worldwide. That is something that Soumyajit Modak, director of music at MX Takatak, reckons Indian artists aren’t making the most of. He claims that they aren’t thinking of them beyond distribution platforms, simply uploading music to them instead of taking part in it themselves.

Modak said: “Music creators are looking at short video platforms with a very limited lens. They’re just looking at it [for] releasing music and helping non-music creators pick it up and make [it] viral. What they don’t understand is that they themselves can become really crazy creators.

“[Like, for] example, Yashraj Mukhate. Last year, he made one video and today, he’s graduated from being a musician to being a music creator. That is a case study for all young musicians [who] need to do much, much more with their music. While distributing [it], how do you become that star? [If your music is] in the background, you’re like a playback singer. At the end of day, if it’s Shah Rukh Khan [performing] to your song, it’s Shah Rukh Khan who’s getting the fame.”

Getting all of India connected

Whilst India is a huge up-and-comer in digital platforms as the country picks up smartphones en masse and gets internet connected, there is the question of reaching beyond the major cities and towns. Whilst they are becoming a well connected country, more remote towns and villages, even remote cities, are behind in terms of online infrastructure and that can make it difficult to get connected or reach useable internet speeds.

Connection with digital services is harder for audiences in remote cities, towns, and villages. As digital access expands further across India and even the most remote towns get connected, it will no doubt see an increase in music consumption further afield. However, getting these areas up to the same level as more built up hubs is difficult. All About Music curator Roshan Abbas said: “Sometimes we look at this democratisation [of access in India] from a very urban lens.”

This can lead to difficulties for artists in India who are less urban when it comes to promoting their music online. With the proliferation of social apps like Instagram and TikTok being used to connect artists with fans as well as the power of livestreams, a lack of internet connection can make or break an Indian’s artists chances of getting heard and making an impact.

Other difficulties facing Indian artists and their music industry

Livestreaming is made even more difficult by the issues in obtaining rights from Indian labels. Business head of live entertainment at Paytm Insider, Varun Khare said: “The structure is so different from the West in India because the publishers are the labels.” He mentioned the difficulty they had on an ad campaign working with Jim Beam. They worked with artists to cover their favourite songs for the campaign but ultimately had to make do with the artists they could license rather than having a free choice. He adds: “In a couple of cases we went back to the artist to say, ‘Sorry this isn’t your favourite artist [but] we got rights for this artist’.”

Then there’s the distinct lack of a live music industry in India. Whilst it may be true that the majority of music consumption isn’t in popular music but film music (meaning theatrical performances and the like are much sought after) there is still undoubtedly a craving for live performances in India, it’s simply too far in the minority to really provide the facilities.

Scooter Braun spoke on the difficulty adding India to their touring list, saying: “Here’s the thing that’s interesting about India; It’s this massive population that loves, loves, loves entertainment and music. I’ve never understood why you guys are able to create the studios and Bollywood and everything else but there aren’t enough great venues. It’s very hard to tour properly a global superstar that you can see by streams, deserves to be there a lot more.

“The infrastructure is not set up properly every single time we come. It’s not like there’s not enough wealth there to do it. I’m waiting to see when that’s going to happen because I think you’ll see the global music market come there in a very different way when live is easier to do.”