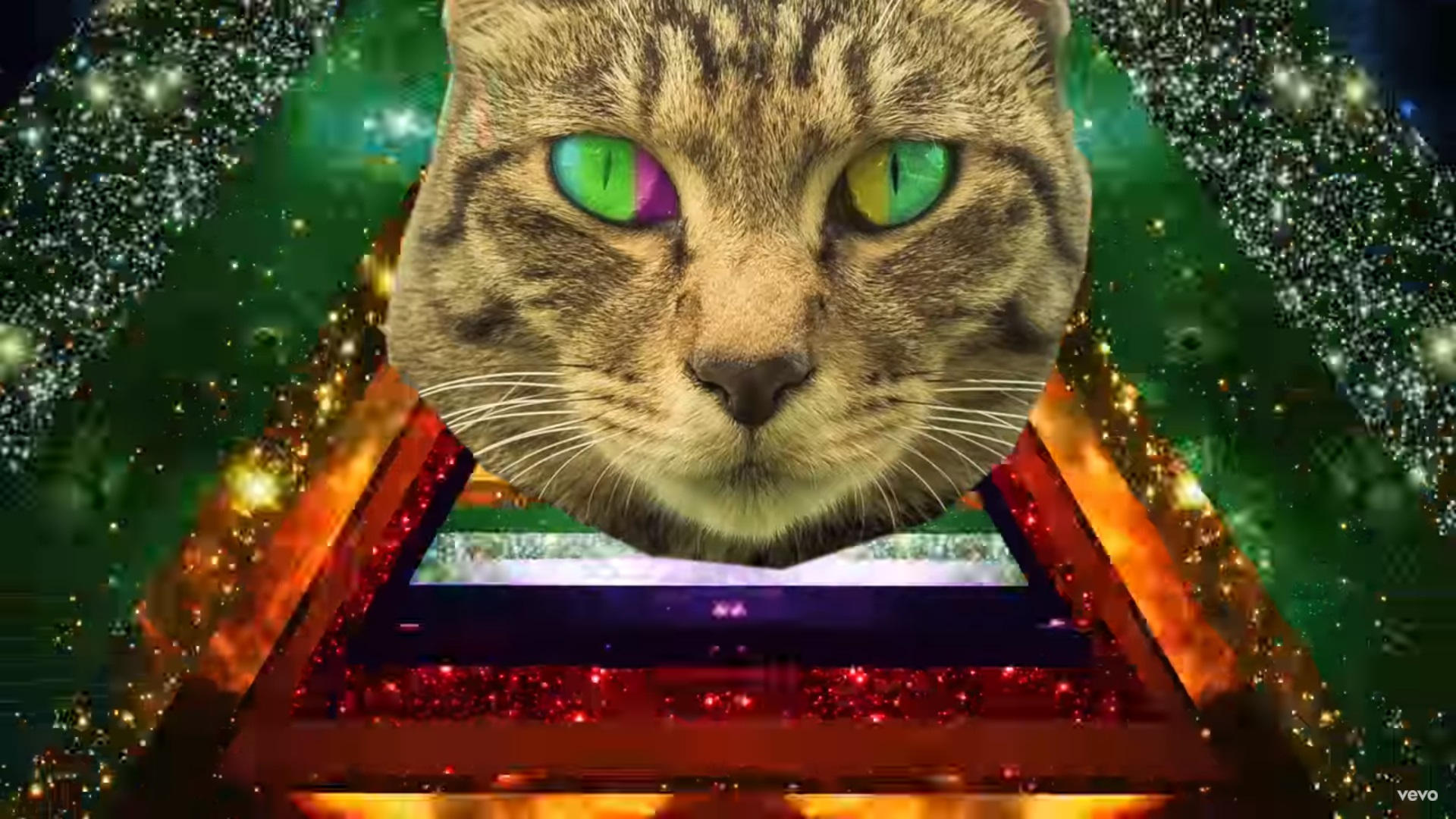 What’s the future of artwork in a world of digital music? Spotify reckons it could be looping GIFs.

In the past few days some people have noticed that certain songs on Spotify had a different Now Playing page. Instead of a large version of their artwork Spotify have created looping GIFs that expand upon your listening experience in pseudo-music video styley.

We’ve noticed 2 songs so far that when you open up the Now Playing tab at the bottom brings up a custom video for it. Everybody Wants To Be Famous by Superorganism and Problems by Petit Biscuit both transform the Now Playing page into a colourful moving landscape offering a visual delight.

The loop for Superorganism is actually taken from their music video and features psychedelic cats flying through space, vibrant prawn soda, and more. Spotify have already introduced video loops into certain playlists however this was notable as it works no matter where you listen to the song from.

The silent inclusion of these videos on Spotify’s mobile apps suggests that maybe it isn’t meant to be a feature yet. It could also suggest that Spotify aren’t planning on making it a big feature except for certain promotions. Spotify are yet to give an official comment on the change.

Edit: Thanks to Vanilla Wolf in the comments for letting us know ‘So Far Away’ by Martin Garrix has also adopted the new style.