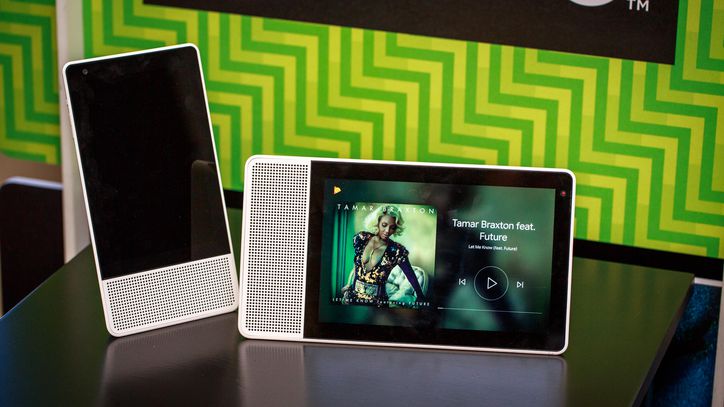 Amazon pioneered Smart speakers, then Google jumped on the train. Then Amazon launched an Echo with video, now Google are too.

Google have just announced their Smart Display, a screen with Smart functions allowing it to watch and listen to a variety of things. Sound familiar? Yes it’s basically Google’s version of Amazon’s Echo Show, the latest model of Amazon’s Smart speakers that introduced a 7-inch screen to the equation.

Google’s Smart Displays will come with Google Assistant running as a built-in AI however they won’t be making the hardware themselves. That means that, much like Google’s Android for smartphones, manufacturers will create the screened speaker hardware and Google Smart Display will be the software that makes it all run.

The first partner to come out with their own product for Google Smart Display is Lenovo who have created their own Echo Show equivalents. Lenovo’s displays will come in two options: a 10-inch model and a cheaper 8-inch model. Other manufacturers are in the process of creating shells for Google’s Smart Display including JBL, LG, and Sony.

The two different display sizes are much the same as far as software is concerned. However behind the scenes the larger 10-inch screen is capable of running at FHD resolution whereas the 8-inch screen can only perform standard HD. They both have the same power under the hood but functioning mostly as a tabletop slideshow as long as it works you should be happy.

The display works much like you’d expect with Google Assistant responding and functioning as it does in Google’s Home Smart speaker range. Of course the addition of a screen expands those functions with video calling, Google Maps support, photos hosted on Google Photos, and even YouTube playback. YouTube has been a contested matter between Amazon and owners Google who have removed YouTube from Fire TV and reluctantly returned the app to Echo Show’s after removing it from there.

Lenovo plan to release both of their Google Smart Display screens in the summer at $249 for the 10-inch model and $199 for the 8-inch model.