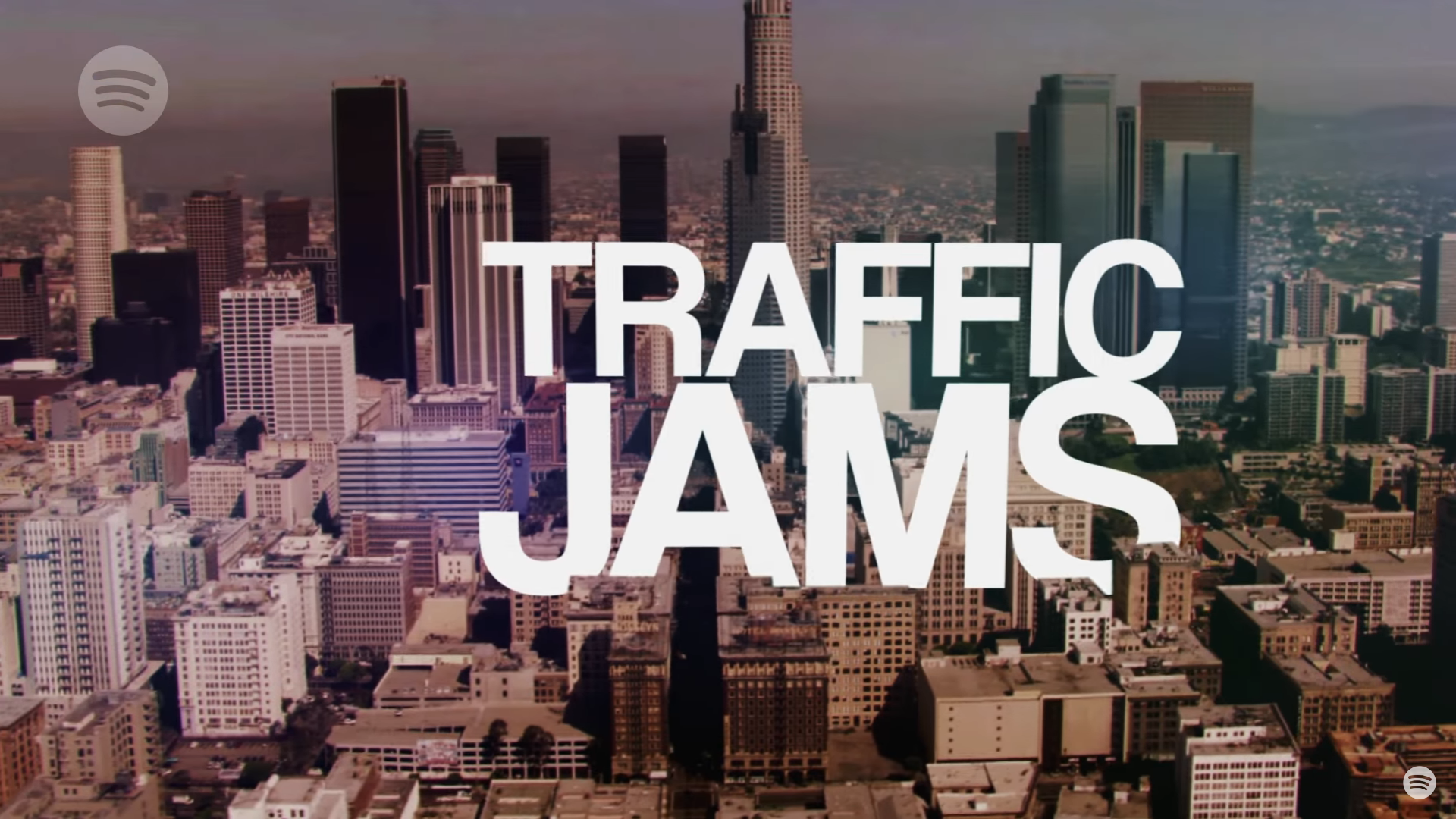 Following Apple’s purchase of a Carpool Karaoke series Spotify have revealed a similar series for hip hop artists, but with a twist.

What do you get when you pair a rapper and a producer who’ve never worked together before, throw them in the back seat of an SUV, send them into the middle of LA’s legendary rush hour traffic and tell them that they have to create a brand new song before arriving at their destination, the Spotify-All Def Stage, where hundreds of fans will be waiting to hear them perform that song… live?!

You get ‘Traffic Jams’, the new series from Spotify and Russell Simmons’ All Def Digital.

Spotify will work with All Def Digital for their new series ‘Traffic Jams’, launching on the 4th of April, and will run for 8 weeks every Tuesday, following a different hip-hop artist and producer coming together. The series will see the pairs create a track from scratch and record it together before taking it to the stage, giving hip-hop fans an inside look at the creative process of recording their tracks.

The series has a similar vibe to the immensely popular Carpool Karaoke series, which sees celebrities and artists drive around in a car singing along to hits of their own and others, which was recently purchased for Apple Music. Whilst it appears like Spotify are directly coming at Apple with Traffic Jams, the series has been in production since last year and bears little similarity beyond featuring artists in a car.

Russell Simmons, the co-founder of All Def Digital, said: “Our team at All Def Digital has been doing an incredible job developing and producing a variety of new series and formats across music, comedy and culture. Traffic Jams is an exciting new premium series that shows off true talent – recording artists and producers – and their ingenuity, creativity and personalities. It has improvisation, it has performances, and I’m pretty sure it will spawn a few new hits too – it’s amazing and Spotify is the perfect platform for it.”

The SUV where the artists will hole up for their track creation will be driven by comedian DoBoy (aka Fat Drake) who will get the artists to share experiences through their career, talk about their music and much more as they attempt to create art on the road.

Reddit user FilmsRUs was able to catch E-40, Joey Bada$$ and T-Pain when they performed their Traffic Jams tracks for Spotify. Speaking on the experience, they said: “joey’s was sick! E-40 was my favorite TBH, but all three were really impressive that they created such coherent songs that sounded like their style in such a short amount of time. Really stoked to see the creative process!”

Spotify Studios’ Global Head, Tom Calderone said: “Our audience loves hip hop and with Traffic Jams we want to give them a deeper understanding of the artists and the creative process behind the music. Working with the All Def Digital team, we were able to produce a best in class hip hop series that tells stories that have never been told before and takes musical performance format to another level.”

All Def Digital’s President and CEO, Sanjay Sharma added: “Hip hop is the most streamed genre of music in the world and, in turn, drives popular culture globally. Spotify has played a leading role in this by revolutionizing the way we consume and experience music. We are enormously proud to be among Spotify’s inaugural launch partners as the music service introduces its first slate of original programming to its 100 million users worldwide.

“We are so excited about the artists and producers features, from big acts to breaking talent. Our collective audience of millions of hip hop fans – who are mobile-first, millennial and multi-racial – will love the show.”

The first episode, releasing on April 4th, will feature T-Pain joining up with producer Southside from Atlanta to create a brand new party anthem.

The episodes are as follows: