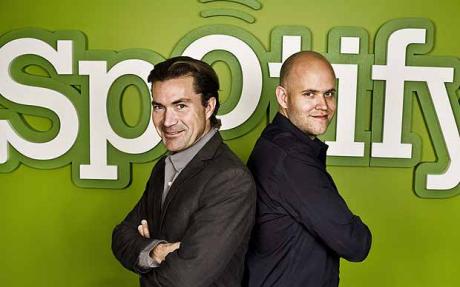 Anyone remember that time Spotify said they expected to have 100 million active users by the end of 2015? It may now be 2016 but they did it!

It hasn’t been long since Spotify were celebrating 30 million paid subscribers and now there’s even more to celebrate as Spotify revealed to the Telegraph yesterday that they’ve reached a milestone of 100 million active users. They also revealed just how well they’re doing at the moment, adding roughly 1.8 million users every month.

It doesn’t stop there for Spotify successes as, almost at the same time, Spotify have become the highest valued startup in Europe valued at about $8.5 billion. Spotify’s revenues rose 80% just last year and have been showing no signs of slowing, which is pretty incredible for a company that’s already 8 years old.

Last year was a make it or break it year for Spotify as the service began to see worldwide mainstream appeal. New services Tidal and Apple Music made 2015 music streaming’s most defining year yet but despite Apple Music becoming a breakout success Spotify stood it’s ground and continued to thrive even with the increased competition.

It will be interesting to see where Spotify take their success next – my fingers are crossed for a new feature that enlivens the streaming experience like they did with Discover Weekly last year.