It seems that every new pair of headphones that launches these days has to bring something new to the table. “Unparalleled Bluetooth connections from 2 planets away”, “A speaker range so broad that only bats can hear the music played on it”, “Amps so powerful the sides of your head will melt”.

In these times of constant one-upmanship the only thing I really want is a pair of headphones that do everything it’s supposed to, and does it well. That’s exactly the appeal of new headphone creators Phonaudio.

My first impression with Phonaudio’s PHN200 headphones was their sleek look, with a smooth black exterior and gold finish (available in black and silver also). They feel nice to the touch with a solid build consisting of TR90, or ‘Plastic Titanium’, which allows the headphones flexibility and strength that can withstand scratches, impact, stress, bending, and general wear and tear without deformation. 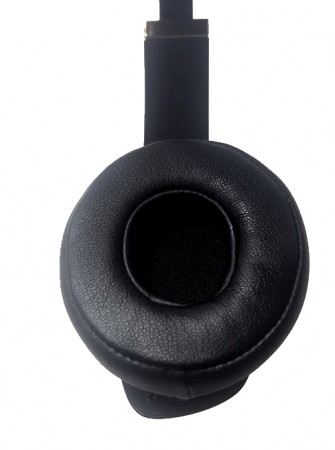 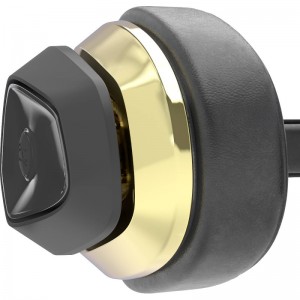 It’s flexible build means the PHN200s slide gently over your head as it’s soft, memory foam ear-pads and headband mold around the shape of your head for superior comfort. The ergonomic ear pads will also shift to fit the angle of your temple. That’s not to say the fit feels perfect – the memory foam definitely feels nicer than many headphones and it’s designed to fit tightly for noise isolation, but this can make your ears a little hot and uncomfortable after an extended use, at least for a big head like mine. However it’s shaped-to-fit padding prevents it from becoming a real issue like some, painful, headphones – looking at you Marleys.

Before we get into just how the headphones actually sound (Spoiler alert: pretty good) lets take a look at the PHN200’s functionality. There are 3 buttons and a volume slider that come with the PHN200 but let me just say, there may as well be one button and a volume slider. There’s a multi-function button on the outside of each ear-pads housing, they do exactly what you’d expect – one click equals play/pause/answer/hang up, two clicks equals skip track, and so on. Great stuff but both buttons do exactly the same thing, and then there’s a bonus button on your cable-remote.

Three multi-function buttons that do the exact same thing is, I suppose, a non-issue but I just don’t understand any reason for two extra, and by default, needless buttons. At least if you lose the included aux-to-aux cable with the remote you have backup controls…

The remote comes close to being great. The volume slider is integrated so that it controls volume, regardless of source input, so you can use it on a computer or mixer; compared to many earphone volume buttons that only work with certain smartphones.  Unfortunately the slider can be stiff which, when combined with it’s smooth plastic coating, means sliding becomes more pushing and pulling. Combined with the multi-function on the back that I kept accidentally pressing when trying to grip it unfortunately falls short of it’s appeal. 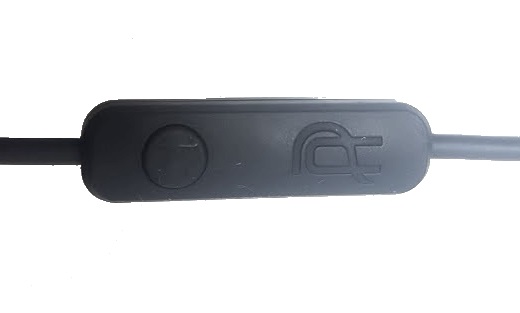 The built-in microphone is surprisingly not in the cable-remote on these headphones and is actually built into the left ear cup. This microphone is placed conveniently so you need just to talk and it’s advanced microphone system will pick you up in HD, with adaptive environment adjustments ensuring your voice is heard even through wind and noise.

Phonaudio’s biggest test is whether their quality is up to scratch of making them a real player in the headphone industry. I would say yes. The quality, although not perfect, is pretty great and a substantial improvement on lower end headphones.

With a high impedance the PHN200s are capable of receiving a lot of power and that power is rarely lost when played through the headphones. It’s large driver size allows for better than average bass sounds, which are easily the highlight in it’s sound quality breathing new life into heavy bass-driven songs. Highs are nice and clear however the mid can become lost in the mix a bit depending on the intensity of your low end. I did notice a difference in quality between the power of outputs, for example it sounds great from my computer but using my smartphone the quality became slightly muddied. 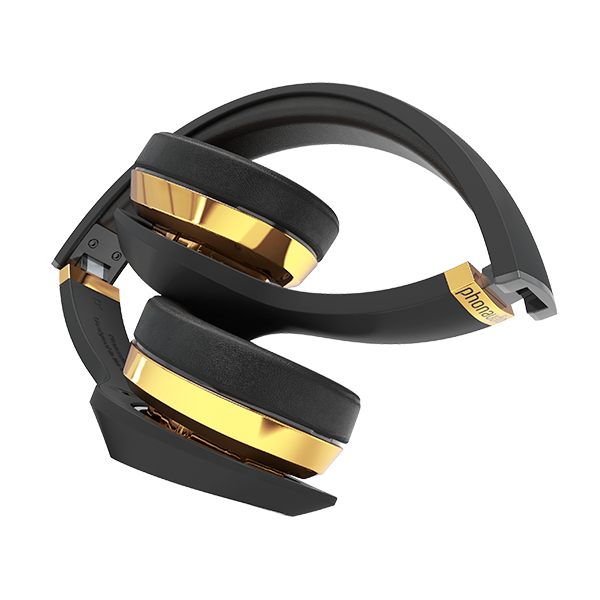 The noise isolation is good, with very little leakage in or out of the pads except at high volume, which you’d expect. The PHN200s can go loud, capable of matching decibels similar to that of a nightclub which is more than anyone should ever require – unless they require going deaf. The amps in the headphones also maintain their quality throughout levels, so whether listening at the quietest or loudest setting you won’t lose much detail.

I used a pair of Sony MDR-ZX100’s as a comparison point, cheap and cheerful but with a consistently decent level of clarity. I could notice the difference instantly, the Sony’s may be clear but Phonaudio’s power boosts the sound and makes it come alive. It doesn’t lose quality either, just makes every part of the music shine through larger than before for a definite enhanced listening experience.

Phonaudio’s PHN200 headphones aren’t perfect, but they’re still pretty damn good. The main thing I like about them is that they aren’t trying to be a gamechanger or re-enliven the industry, they’re just supposed to be good quality headphones at a reasonable price.

Their design feels great for the most part with a soft padding that basically hugs the ears, though can become slightly tight after a few hours but then what wouldn’t after being wrapped around your head for hours. The excess of buttons may be unnecessary but really doesn’t negate the rest of the package with is solid, comfortable, and sturdy.

The sound isn’t the best quality you will ever hear but it still sounds pretty great and really benefits from the powerful specs of the headphones. It did unfortunately lose a little clarity when played through a smartphone (still sounds better than your cheap set) however I’m sure it would sound great with a proper portable music player like Onkyo’s hi-res player.

If you’re willing to spend £200 on a pair of headphones I would easily place these next to any headphones at equivalent prices, though it won’t be competition to expensive, hi-res competitors

It’s controls are compatible with Android, iPhones, and Windows phones.

Are YouTube Premium users being scammed? Here’s exactly what changes are coming to the YouTube Music free app.

Is iTunes the same as Apple Music?

Confused? Let’s clear up the difference between iTunes and Apple Music.

How do you charge them