After almost a year of expectation Spotify have hit 30 million subscribers.

Last June Spotify revealed that they had 75 million users and 20 million paying subscribers. After that it was a waiting game until they hit 30 million users paying for the monthly subscription. With months still to go before the anniversary of last year’s announcement Daniel Ek proudly announced yesterday that they had managed to reach the 30 million mark.

We have 30 million @Spotify subscribers, but none of them are in Cuba … yet. So cool to see Cuba opening up! https://t.co/nZa67f0l8U

This isn’t just an impressively high number, however, and indicates just how well Spotify are doing. For a start a 50% increase in paying customers in less than a year is a success no matter what, but considering Spotify’s new competition that has launched in the past year in the the so-far incredibly popular Apple Music and the less intimidating Tidal it has shown incredible resilience in the music streaming market.

30 million paid subscribers also means that if Spotify haven’t reached 100 million overall users they must be pretty damn close. If the 50% increase in users applied to paid and free users Spotify would have about 110 million users compared to last years 75 million. The only reason I’m not sure they’ve reached the centenary yet is because we would know, Spotify would make sure the world heard it. And rightly so, as the biggest music streaming service in the world with a dedicated team constantly bringing more reason to love the already brilliant Spotify. But without gushing too much… 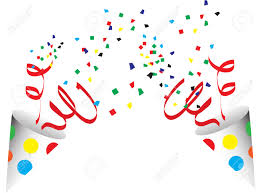