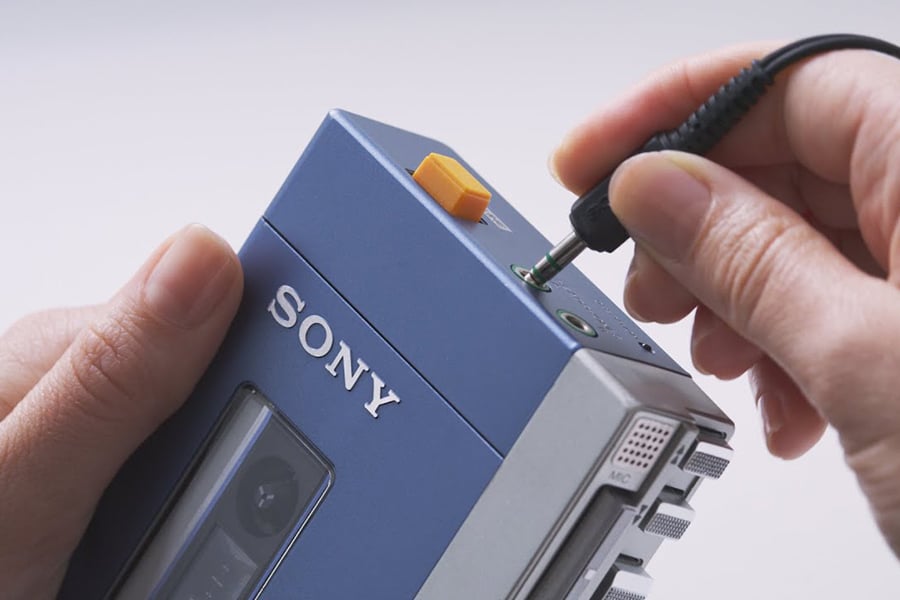 Sony have unveiled 40th anniversary Walkman players that will offer less than a smartphone at a higher price, but with MQA support.

Sony have unveiled their NW-A100TPS Walkman 40th Anniversary Mp3 player in the hopes it will light up the eyes of the middle aged with a nostalgia combined with a love for high quality portable music. It shouldn’t be a tough sell then…

At first glance you might be convinced that Sony have really taken the leap and launched a tape player for £400 in 2019. But you’d quickly realise your foolish mistake and that their supposed anniversary edition Walkman loses it’s relation to the original as soon as you lift the soft cover.

Lifting up the screen cover it then reveals an Mp3 that resembles nothing like it’s 40 year old ancestor. Now it’s not like anyone was expecting, or even wants, a portable tape player now.

However, what Sony have launched is a brand new Mp3 player in the guise of a throwback – probably hoping that that will forgive how pointless the device is. Though they do promise the 40th anniversary version comes with a UI and screensaver resembling the cassette tape so that your digital screen looks like a tape…

It’s an android powered Mp3 player with a touchscreen. So, it is essentially an Android smartphone with less power and functionality that still costs £400 / €440 or $599 AUS dollars. You can get some of the most powerful smartphones around for that, and they have space for music and inputs for headphones!

What the new Walkman does offer to entice music lovers for that price is Master Quality Audio. So there’s the potential for a top quality listening experience on the go – okay, that’s not too bad is it? *Except* for the fact that it only comes with 16GB of memory!

16GB of memory is pretty poor for an expensive music player regardless. But, if your primary selling point is high quality audio then you *need* decent storage space because – and this may be news to you Sony – HQ audio takes up a lot of memory.

You can always add an external micro SD card, as it includes a Micro SD slot. But come on Sony… they cost you so little why not just put a bigger card in there to start with?

Fortunately for Sony though, next to their WM1Z Signature Walkman Series players this is a steal! For 256GB of Hi-Res audio on the go, one of those babies will set you back a simple £2,500. So at less than a grand you’re getting a bargain with the 40th Anniversary Walkmans.

Perhaps I’m being harsh. Perhaps there are music lovers with small libraries of high resolution audio for whom £400 is a reasonable experience to take that their experience on the go in superior quality. If MQA is something you desire then this probably is pretty great, but MQA is a questionable format in some respects.

Personally, why this couldn’t have just been a phone case designed to look like a Walkman tape player.