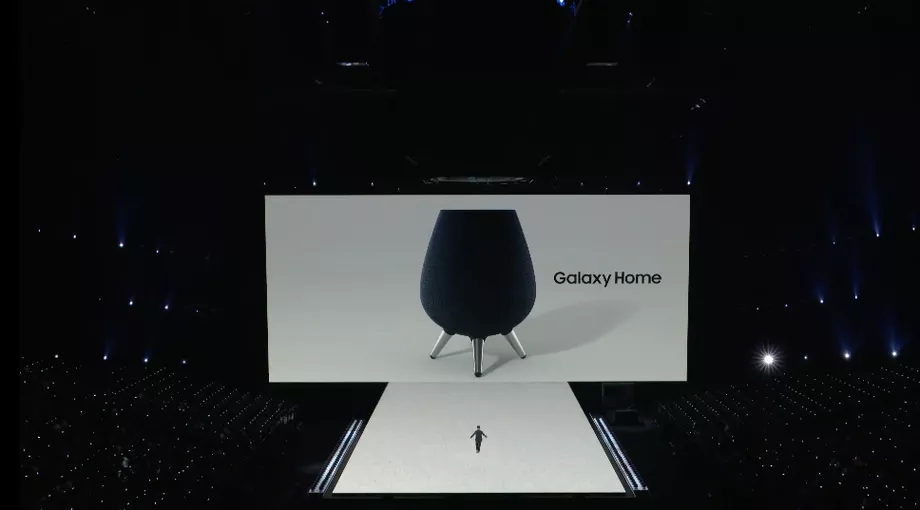 Samsung have revealed their entry into the, definitely not already over-saturated with players, world of smart speakers and it looks like it descended from the sky.

The Galaxy Home is Samsung’s first home speaker and will see them enter competition with major tech companies like Amazon, Apple, and Google. Whilst it makes sense for Samsung to enter the market the smart speaker industry has already been firmly established, especially with Amazon’s incredibly popular Echo speakers powered by their Alexa AI.

The Samsung Galaxy Home will be powered by their own AI called Bixby which will use eight far-field microphones to hear voice commands. Samsung say that Bixby will be capable of many of the things you can use it for on their smartphones. Personalities like Alexa and Siri have become synonymous with artificial intelligence for their power and diversity but Bixby doesn’t seem to have particularly impressed it’s users. Samsung will have to improve their AI a lot if they want to stand up to beloved speakers like the Echo.

Samsung have been scarce on details so far but they’re joining Apple’s HomePod at the high end of the market, promising superior audio to the Amazon Echo and Google Home. They say that the speaker will combine “amazing sound and elegant design.” I don’t know if I’d use elegant to describe the design but it’s certainly unique. The speaker stands upon three metal legs making it look like a fat, headless Kiwi bird. However perhaps the surface separation enhances the sound through a lack of surface vibrations, although this could diminish the bass – we will have to see.