Churchyard are the pop-grunge band currently making waves across Nashville, Tennessee. Said by local critic to be “fast approaching the femme fronted Nashville garage rock throne” the four-piece have just released their eponymous debut album online with a physical release later this week.

With the release of their new album, which blends pulsing basslines and post-punk/indie guitar riffs with the harmonic vocals of Churchyards frontwomen, we asked them a few questions about how they met and just how big a role music plays in their lives.

How did you all meet and start playing in a band together?

Alice went to see Meghan’s old band play at The Basement in Nashville when she still lived in Memphis. We had an instant connection. We kept in touch for a couple of years, scheming musical endeavours until finally Alice moved to Nashville and Churchyard happened. We recruited Rachel, who played in college orchestra with Alice, and Joey, our longtime friend.

What is your favourite thing about playing music?

We are each other’s best pals! What’s better than playing music with the people you love?!

We are all classically trained, and love so many different types of music, from different genres and time periods – but our favourite thing right now is collaborating with our friends. Recently we put out a split single with the band Idle Bloom and played some songs together on a joint tour. We love the act of creating and the community that comes from it.

This is hard, because creating music is the biggest part of all our lives. We’ve all played music since we were children; we are all in multiple bands, Alice is a music teacher. Picturing what we would do, without creating music as an option, is pretty impossible.

If you were stuck on a desert island and could take one track and one possession each, what would they be?

Coconut oil, xanax, booze, eyebrow pencil. As for a track, we don’t know – knowing us we would just make up our own weird songs and sing them for each other until we died on the island.

Definitely ‘Staring at the Sun‘, because it’s the only song on this album that we wrote 100% collaboratively. Usually, Alice and Meghan write together or separately, but this song was written with all of us together. It was challenging, but fun and inspiring.

We have so many things to say – Don’t give up, and always believe in yourself. Don’t let the men tell you that you don’t know how to tune your guitar. Practice everyday, all the time, whenever you can – and by yourself too! Don’t take yourself too seriously, but know your self-worth. 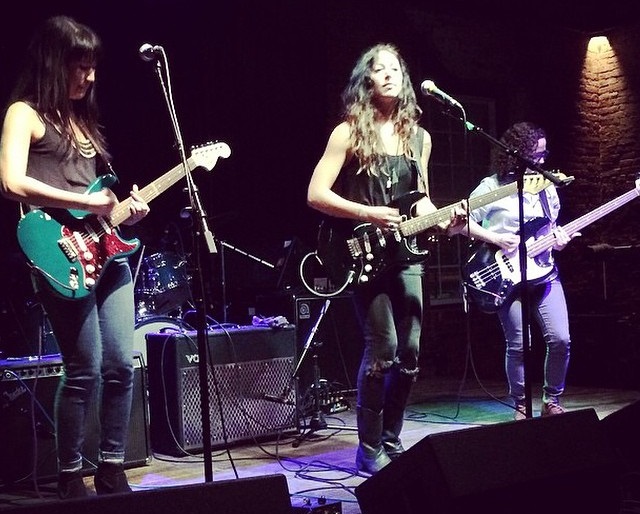 If you’re lucky enough to be in Nashville on the 7th of November then head to Drkmttr for the release show of Churchyard’s new album!

Behind The Events | Boneyard Promotions

We chat the guys over at Boneyard Promotions about what exactly goes into an event, the uncertainty of it’s return this year and much more!

Power Of Press With Karl Johnson – Hard Of Hearing Music

We caught up with Karl Johnson, head of Hard Of Hearing Music to chat about his blog, how music press is changing and much more!