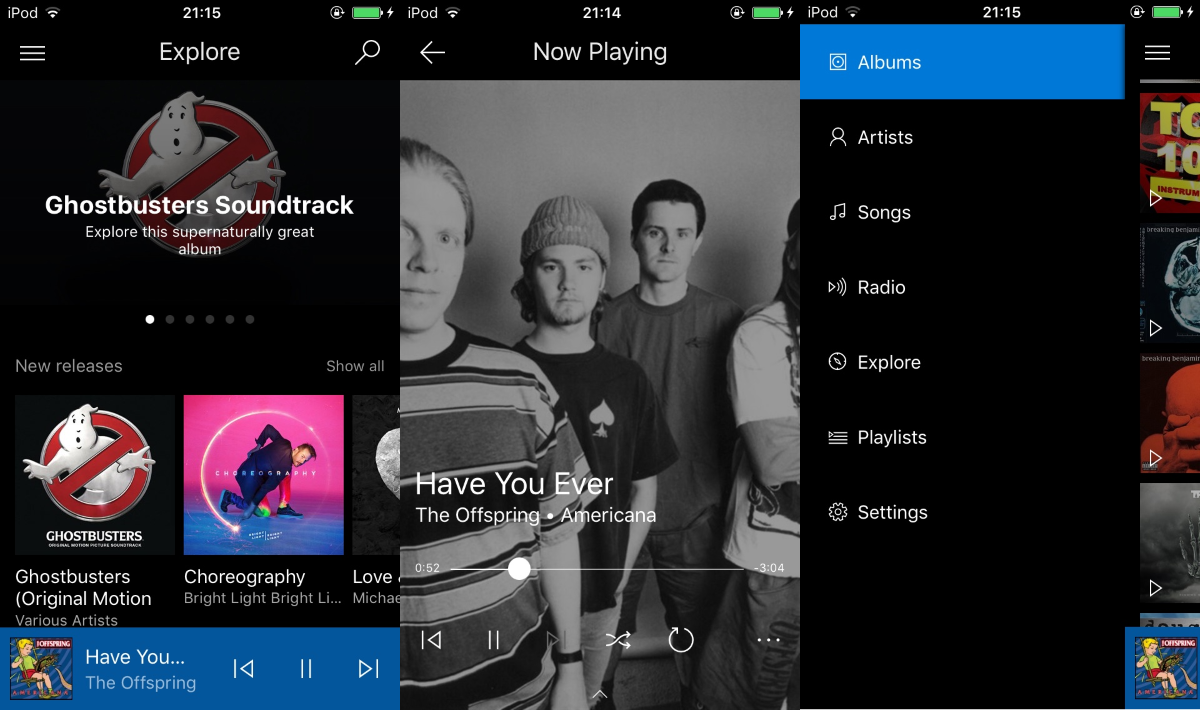 Microsoft’s new Groove app has a whole new design with a bunch of new features including enhanced music discovery and loads of fixes.

The update introduces a new section ‘Explore’ so that Groove users can find all the new, popular, and recommended music in one place. As music discovery is often cited as one of the most enticing parts of music streaming services, Groove’s new ‘Explore’ section raises Microsoft’s streamer up with it’s competitors.

Their new design isn’t the only visual change as Microsoft have updated Groove’s resolution so that no matter the size of your phone or device the app will look great. There are also new sorting options so that you can view your music with greater variety and sort it in a way that best suits you.

Beyond visual improvements and Explore Microsoft have made giant improvements to the app and playback for a more seamless experience. Downloading is also enhanced so that you can download albums and tracks faster than ever and, though you still have to have the app open to download music for offline play, Microsoft say they’re adding background downloads soon.

Whilst the Explore section is a great addition for music discovery on Groove Music, Microsoft will have to up their game with exclusive features if they want to rival the dominant streamers like Spotify and Apple Music.

When you first load up the updated app you may have to wait for it to re-sort your library quickly as Microsoft say: “These app updates include fixes in sync that require your collection to be rebuilt from scratch. The changes were so significant the database must be rebuilt… This is a one time thing and will only take a minute.”