Groove Music hasn’t really made a whole lot of noise since introducing itself as the reworked Xbox Music last year. Microsoft look to change that with their new feature that looks to finally set it apart from competitors.

The new feature, titled Your Groove, shows your recently played music but also creates playlists for you based on your music. Unlike Spotify however, Groove can analyse your personal music collection that you upload to the service and can create recommendations based on that. Groove also tracks the activity of artists to an extent that they can now provide you with playlists of artists in your area at the time. 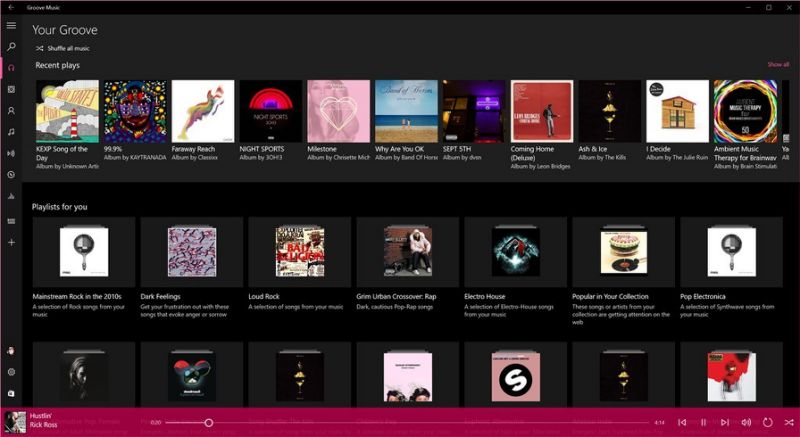 Groove doesn’t just help you discover music though, under it’s ‘Playlists for you’ section in Your Groove you will also get certain playlists of your own music that has been collected into one nice package for you. Aww, thanks Groove.

It may not be enough to convert you from your favourite streamer yet but it’s a big step in the right direction for Groove, in an industry where you have to be unique to strive. Just last month Microsoft added Cortana functions into Groove so that you could ask her to play music for you.

This new feature is available to Windows Insider users on the ‘Fast Ring’ tier, and you don’t have to be subscribed to Groove to access it – though if you aren’t you’ll only have access to playlist created from your personal music library.

There’s no word on when it will become publicly available, or if there will ever be a mobile version but hopefully soon.