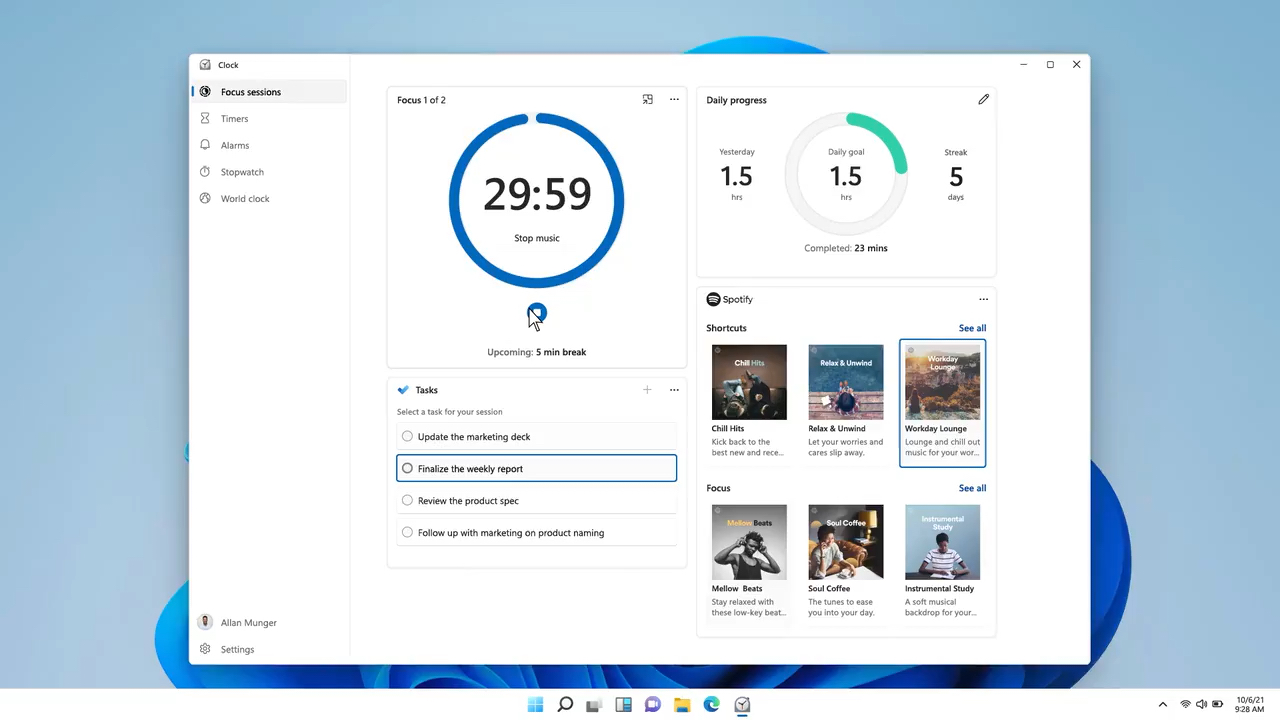 Panos Panay, Microsoft’s chief product officer, shared a video on Twitter last week teasing a new feature on the Clock app of Windows 11. Focus Sessions seemingly allows users to set timers, write and complete tasks, view their daily progress, and get shortcuts to Spotify’s playlists. The demo shows someone picking a task, setting an amount of time to focus on it and choosing a suitable soundtrack from Spotify’s editorial chill-out and focus playlists such as Chill Hits and Instrumental Study. Hopefully these can be customised to users own playlists.

The new feature is yet to be implemented in the beta of Windows 11. We are hoping to see a public release of Windows 11 in late 2021. While there are plenty of similar third-party apps and website, it’s nice to have something baked in to the operating system itself. Since they killed off their own music streaming service Groove Music in 2017, Microsoft have worked with Spotify a number of times, such as giving Groove Music subscribers a tool to transfer libraries to Spotify. The two companies also partnered in 2017 to bring Spotify to Xbox consoles.