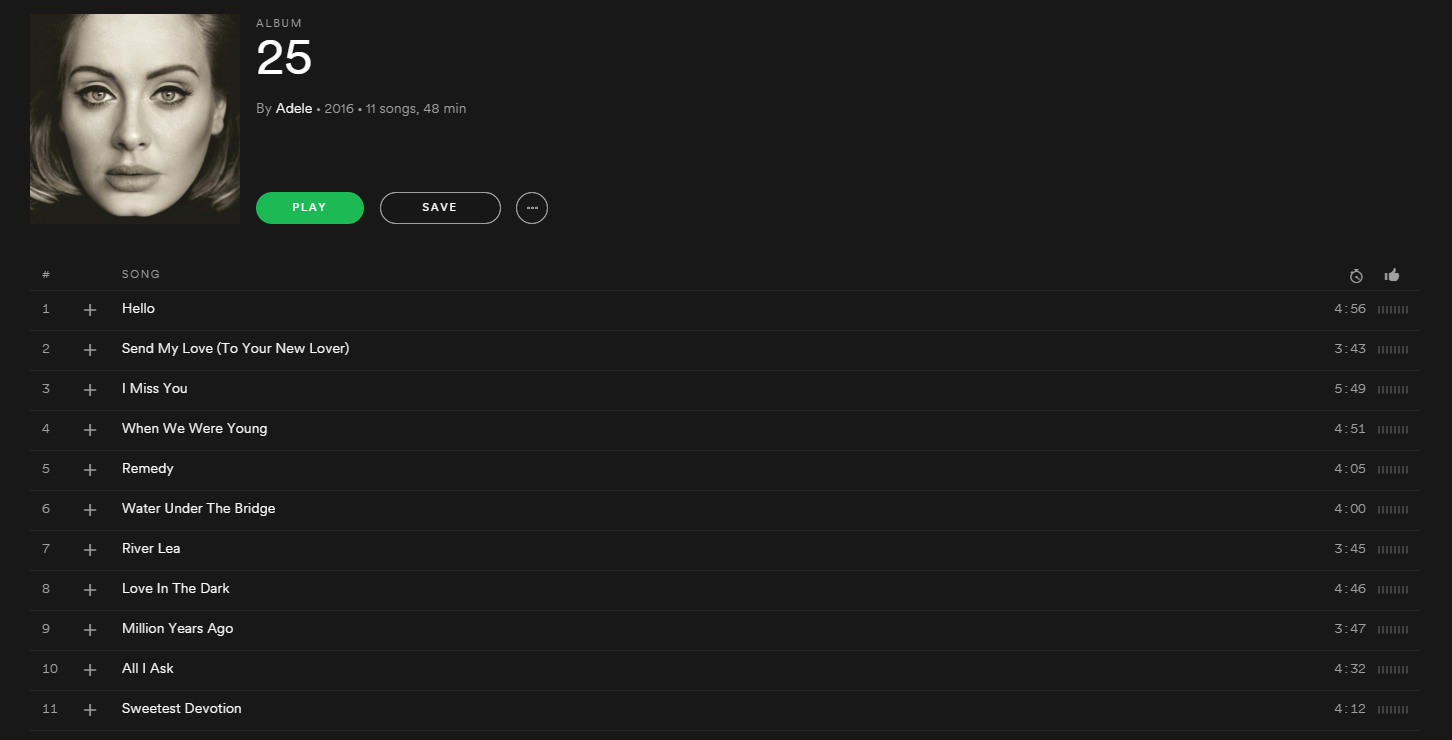 Adele’s not a great fan of streaming services, at least not yet and has been a pioneer in ‘windowing’ that has worked in her favour – but that’s because she’s a massive artist.

She has been vocal about her uncertainty with streaming services, telling Time last year: “I know that streaming music is the future, but it’s not the only way to consume music… I can’t pledge allegiance to something I don’t know how I feel about yet.” #

Adele’s distrust led to something that other artists are beginning to adopt – Windowing. This isn’t a full refute of streaming services, rather just a delay so that all the fans can buy the album and maximise profits and then later as sales drop other interested parties can listen for free/on their subscription through streaming services.

When your second album breaks loads of records on release, like biggest-seller in the 21st century most consecutive weeks at number 1, and many more I suppose forcing people to pay for a full album upfront works for you. It definitely does for Adele who went on to break even more records with here third album ’25’ when she released it last November.

Now 7 months later the album has dropped for people to stream through services like Spotify and Apple Music. Windowing makes sense, it doesn’t totally exclude streamers but also allows the artist to make high profits from album sales. Unfortunately it doesn’t work the same for indie artists, with Adele’s already giant, loyal fanbase of course she’d shift a mountain of records.

But fear not Adele fans who were holding out regardless, for you can now listen to her new(ish) album ’25’ on all major streamers.