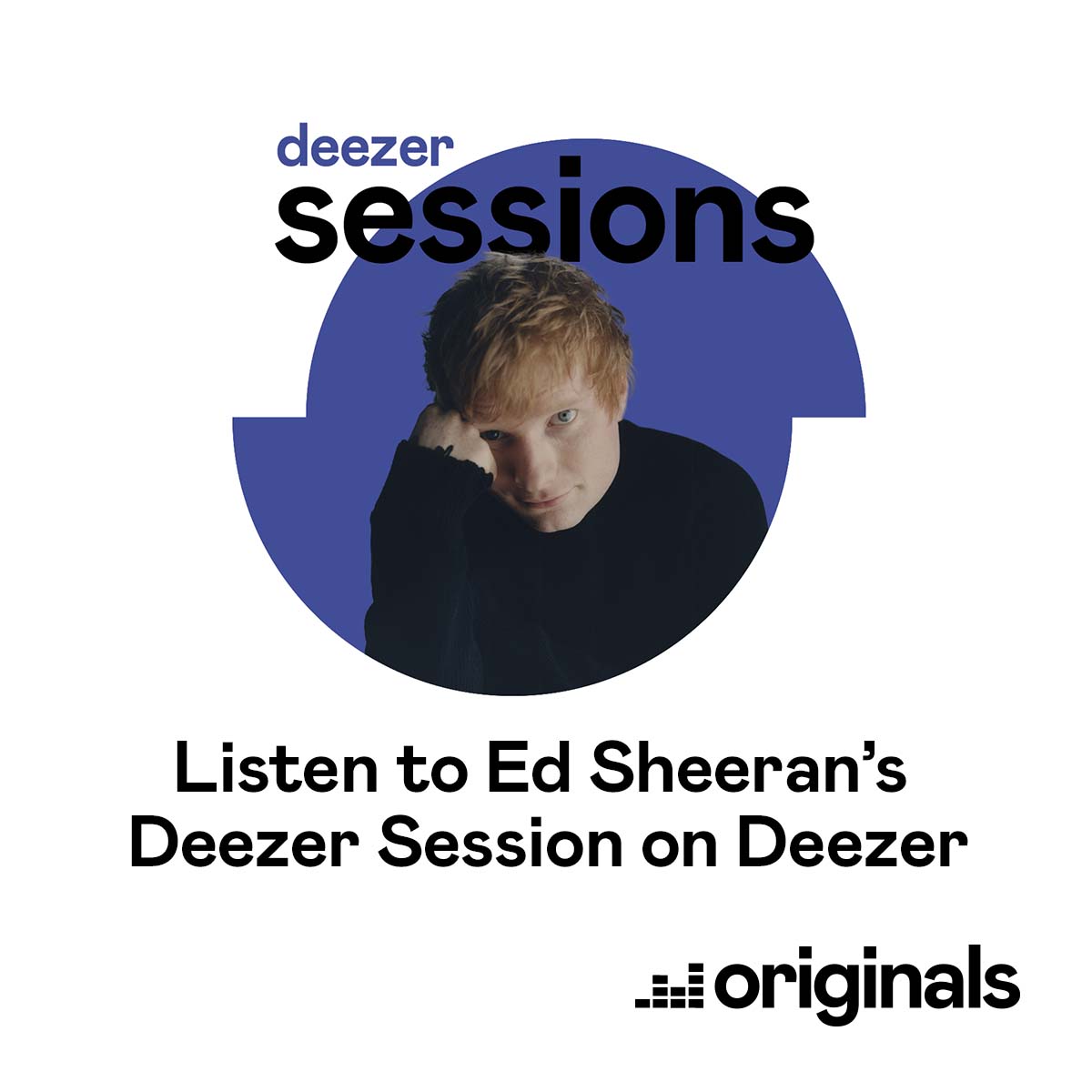 Ed Sheeran has released an EP exclusively on Deezer for the streaming platform’s Sessions series. The EP features acoustic versions of “Bad Habits” and “Shivers,” two huge tracks from his latest album =.

The songs were recorded live in the glass tunnels of the Centre Pompidou in Paris. In the past year Deezer Sessions have included an album of covers of ‘80s classics by indie artists.

So what’s the problem? Although Sheeran’s Deezer Session is nice enough, historically there have been issues with streaming exclusives in general.

Before we get carried away, the acoustic EP isn’t a wholly exclusive affair – you can watch Sheeran’s performance on YouTube here – the audio release is only available for Deezer Free and Deezer Premium subscribers.

The YouTube release and Deezer making the EP available for users of its free service takes the sting out of the streaming platform constraints. Issues of fairness arise when a service buys the exclusive rights to a release, especially if it’s a big one.

Nigel Harding, Deezer’s VP of Global Artist Relations, said: “We love to give fans unique musical moments. This new Deezer Session showcases two of Ed Sheeran’s biggest songs from his new album with a breath-taking performance literally up in the sky.”

“Ed is one of our most streamed artists worldwide and his music continues to captivate audiences of all ages, all across the globe. We’re so excited to give fans a chance to experience Ed’s amazing talent in such an iconic setting.”

Exclusives aren’t fair for listeners who are already paying for a different service. Often fans, desperate to hear the new songs, turn to piracy instead. In the mid-late-2010s there were streaming exclusive like Jay-Z releasing his 4:44 album on TIDAL alone, and Frank Ocean putting out Blondie only on Apple Music. A crack-down by Universal Music and the Chinese Government and within a few years streaming exclusives disappeared completely.

Music streaming platforms are in constant competition with one another and exclusives give them an edge – however, in 2021 exclusive podcast deals are much more common than music deals. But a report by the Verge this summer suggested that the colossally popular and controversial Joe Rogan’s exclusive Spotify deal actually made him lose influence.